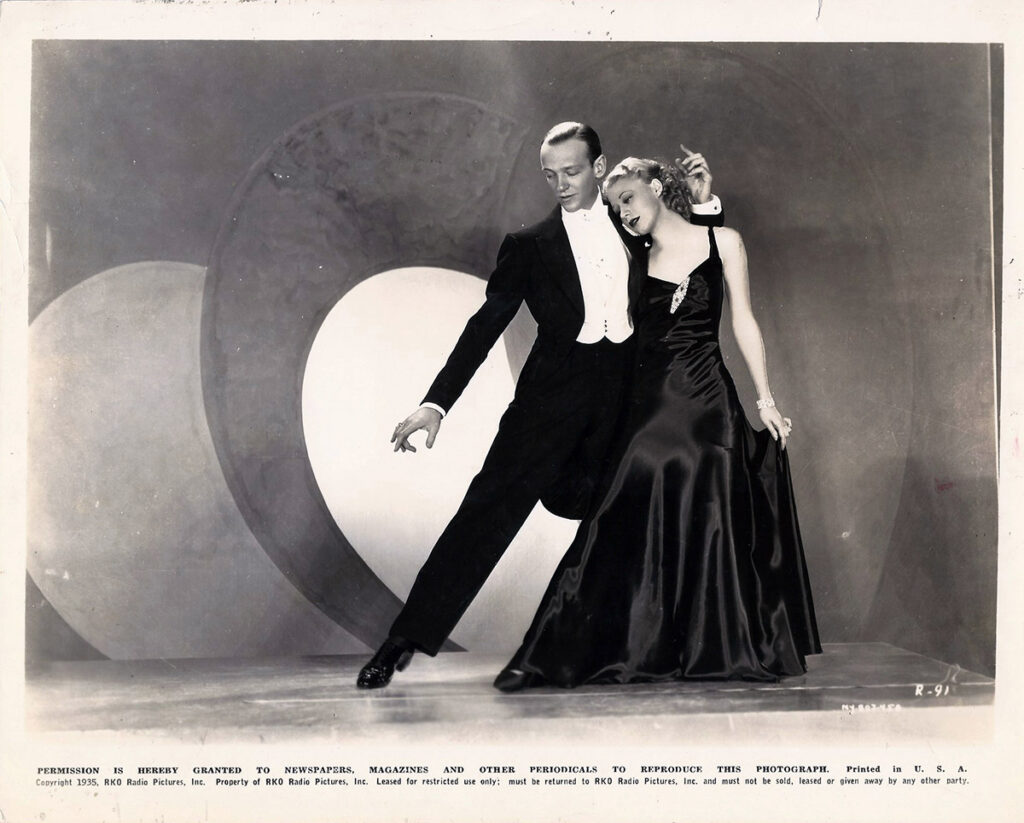 Fred Astaire and Ginger Rogers in a beautiful dance pose for this publicity photo for the musical featuring the songs of Jerome Kern. This, their third pairing, presented the dance duo as second leads but they were given most of the score’s prime songs and dances, and the film gave Ginger a great acting role as she imitated a Polish fashion model. Bernard Newman designed the gowns which included an extensive fashion show sequence.