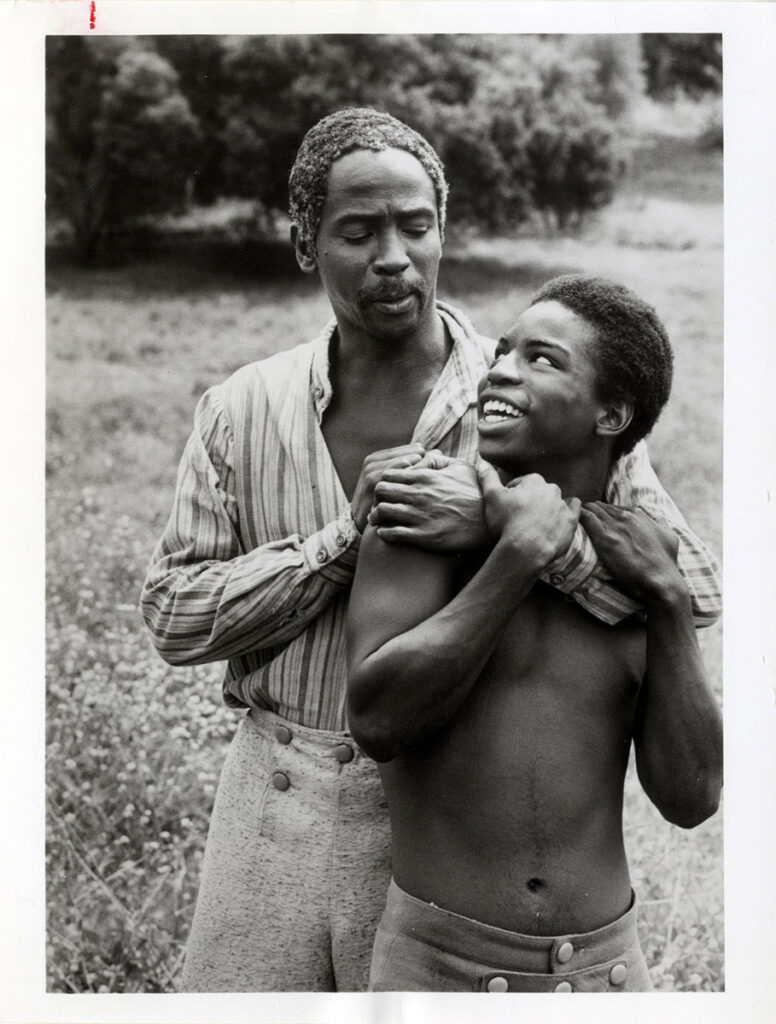 ROOTS, a television miniseries, was a landmark event in American television history — a sweeping look at the life of an African American family, over more than a century, starting with the birth of Kunta Kinte in Africa, and ending at the time of the emancipation of slaves at the conclusion of the Civil War. American cinema had never before attempted to tell the story of the slave experience from the point of view of the enslaved.

ROOTS featured an extraordinary range of African American actors, many of whom are portrayed in this archive of photos, among them: Richard Roundtree, Louis Gossett, Jr., LeVar Burton (who made an enormous impression as the young Kunta Kinte), Madge Sinclair, John Amos, Lesley Uggams, Cicely Tyson, Georg Stanford Brown and O. J. Simpson.

The photos are a mix of ones from the original 1977 broadcast, a rerun from 1978, and two from a slightly later broadcast on a local New York City station.