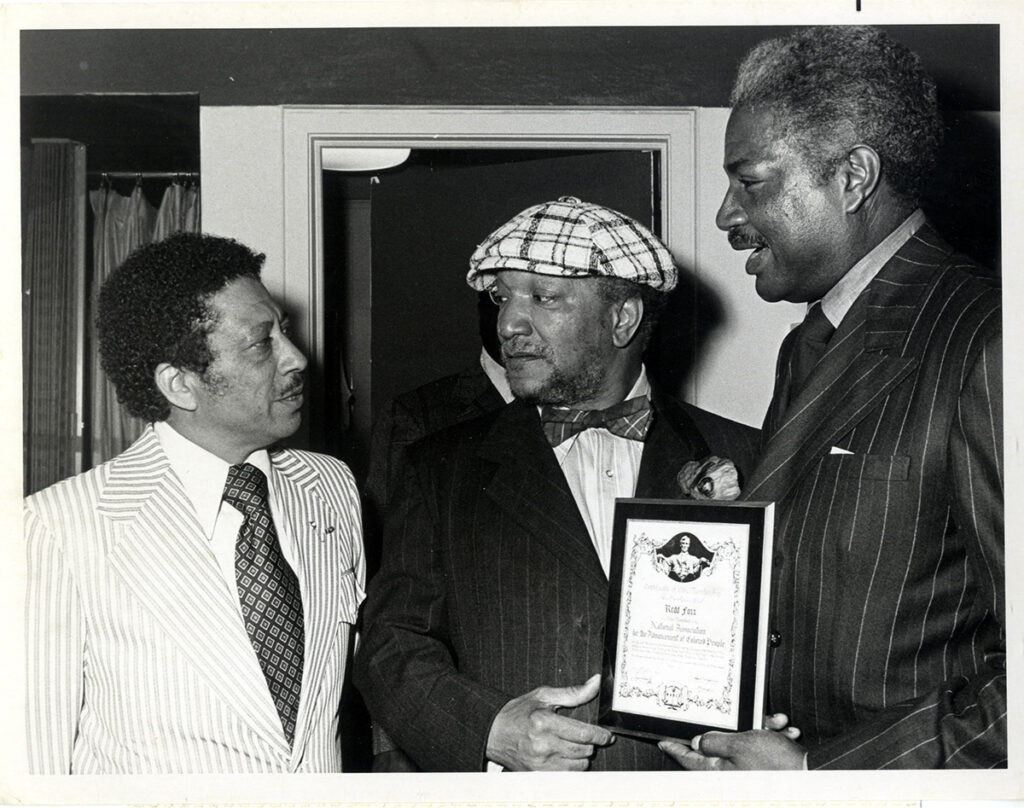 New York and Los Angeles: NBC-TV, and Tandem Productions, 1971-1980. Set of fifteen (15) vintage original photos, of which there are eleven 7 x 9″ (18 x 23 cm.) and four 8 x 10″ (20 x 25 cm.) photos. Most of the photos are from the time when the show aired on NBC (with one issued a month before the show’s debut). Three photos with affixed snipes from Tandem Productions, are from around 1978, as the show began to enter into syndication. Finally, two photos are from the show’s short-lived sequel, simply titled SANFORD. Many photos with descriptive paper snipes attached, near fine.

Bogle, Blacks in American Films, pp. 303-4: “The principal reason for its enduring popularity… was Redd Foxx’s performance. There was nothing whitewashed about it… Foxx’s Sanford was a black man living as much as possible as he pleased, delighting in his own foolishness, refusing to go by anyone else’s books, propelling himself through the inane plotlines and shenanigans with crusty high style.”