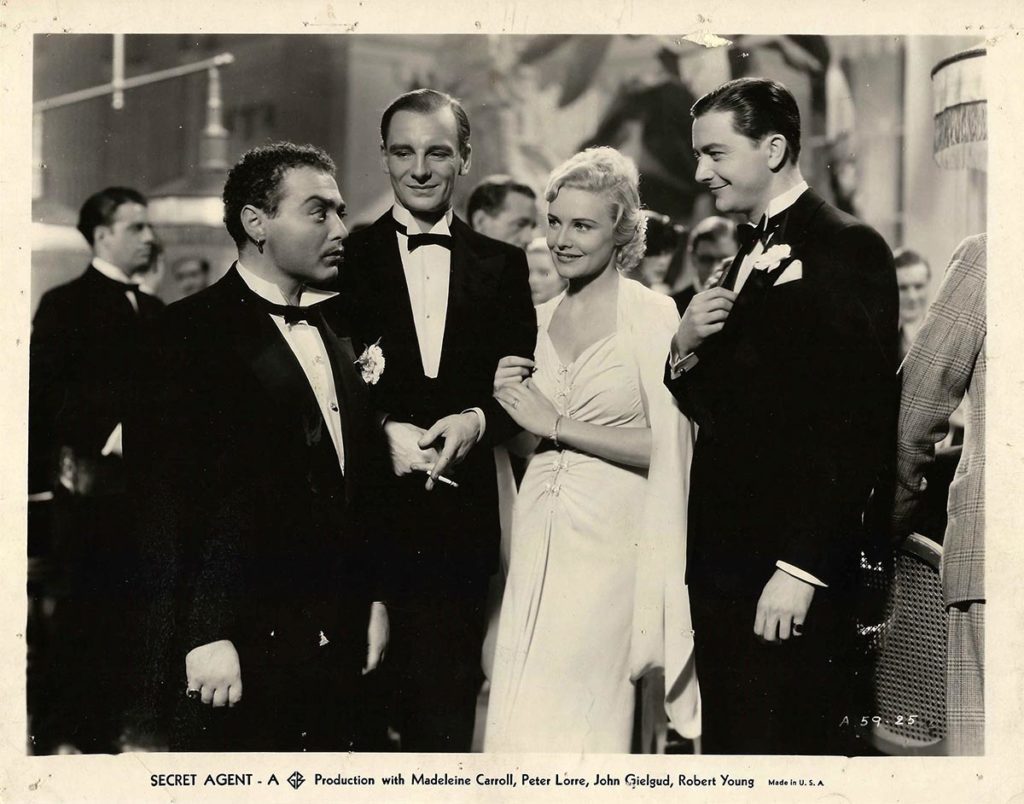 Based on a Campbell Dixon play and Somerset Maugham novel, Hitchcock and his writers brought to the screen a brilliant tale of mystery and thrills, tinged with comedy and romance, presented in a style all his own. The story is about three British agents assigned to assassinate a German spy during WWI. Two of them suffer problems when the mission conflicts with their consciences.

This still is for the US-release of the British Gaumont film. In still coded “A 59-25” are Peter Lorre, John Gielgud, Madeleine Carroll and Robert Young in a lighter moment of the film.