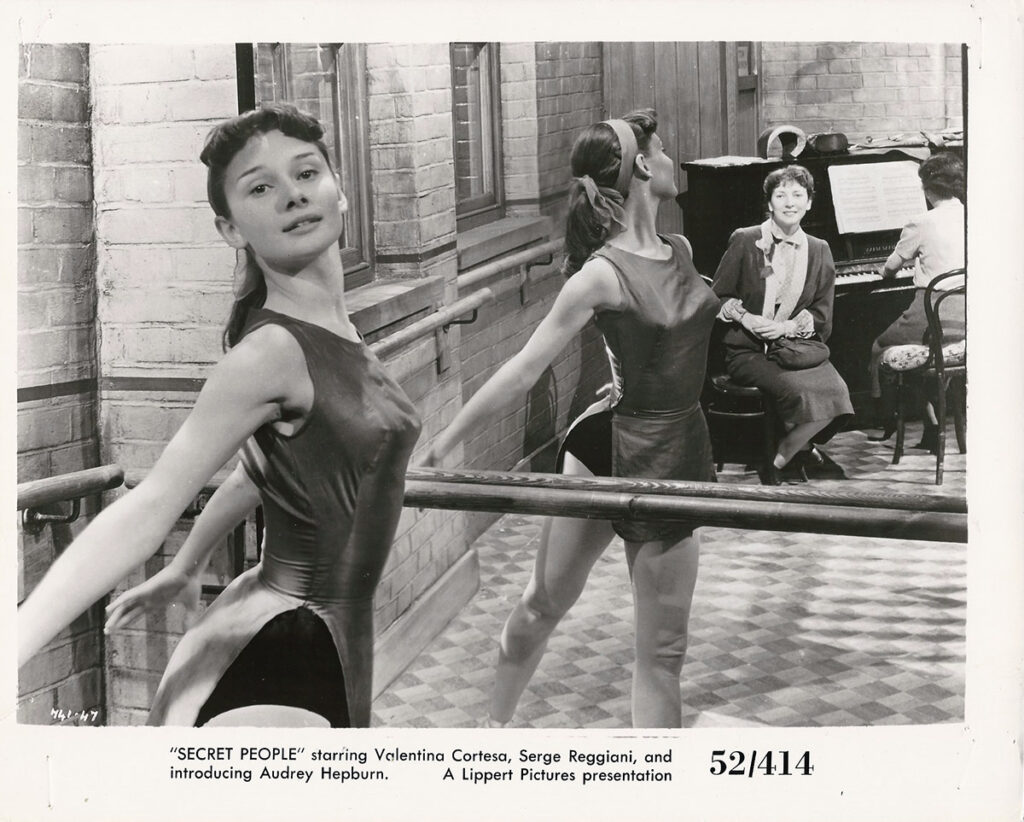 This printing of the image is for the American release through Lippert.

A highlight of this Ealing Studios, London, production was Audrey Hepburn’s ballet performance. Because of an injury she did not pursue ballet, except for her performance in this story of intrigue and assassination.

We see Hepburn in her youth at the barre in still coded #441-47. Though she had done several films and TV appearance prior to this film, Hepburn started working in the U.S. in 1952 and thus the publicity for this film in America included the line, “and introducing Audrey Hepburn” as in the text at the bottom margin.