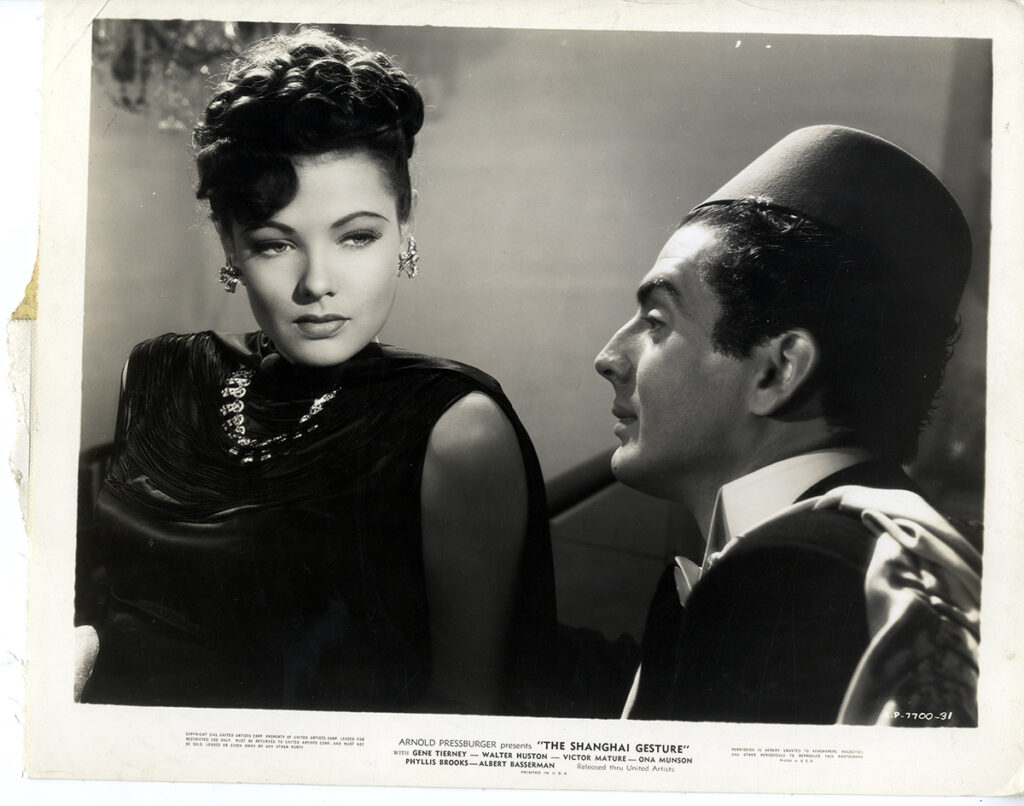 SHANGHAI GESTURE, THE (1941) Set of 6 keybook photos [Hollywood]; United Artists, 1941. Set of six (6) 8 x 10″ vintage original keybook photos, all linen-backed (as usual), three of them with the strip on side with two keyholes punched, one of them with a trace of the strip left, two without it, and one of those trimmed for publication, with narrower margins around it. Overall near fine.

Grant, p. 578: “Everything ends in tragedy in a truly bizarre piece of noir.”