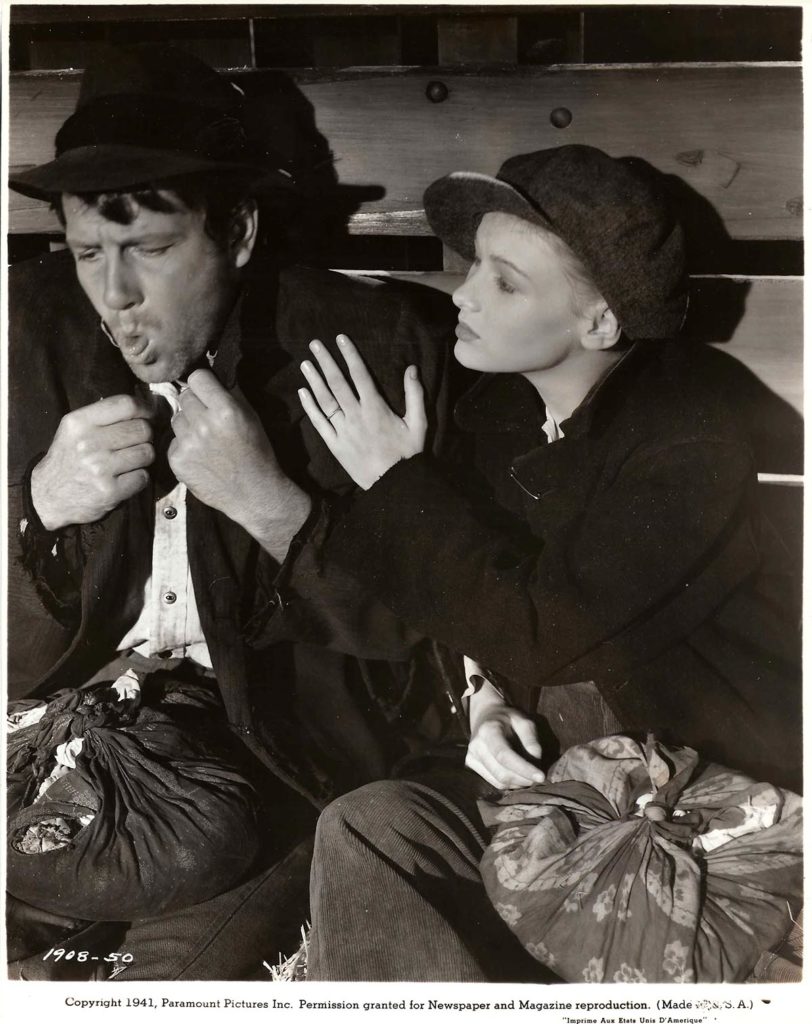 The classic Preston Sturges tale of a spoiled movie director with a social conscience who dons the clothes of a tramp and joins the poverty stricken in order to make a movie about the troubles of the downtrodden.

Veronica Lake (who plays simply “The Girl”) joins Joel McCrea on his journey as film director John L. Sullivan looks on, both characters donning the clothing of hobos. Still labeled #1908-50.