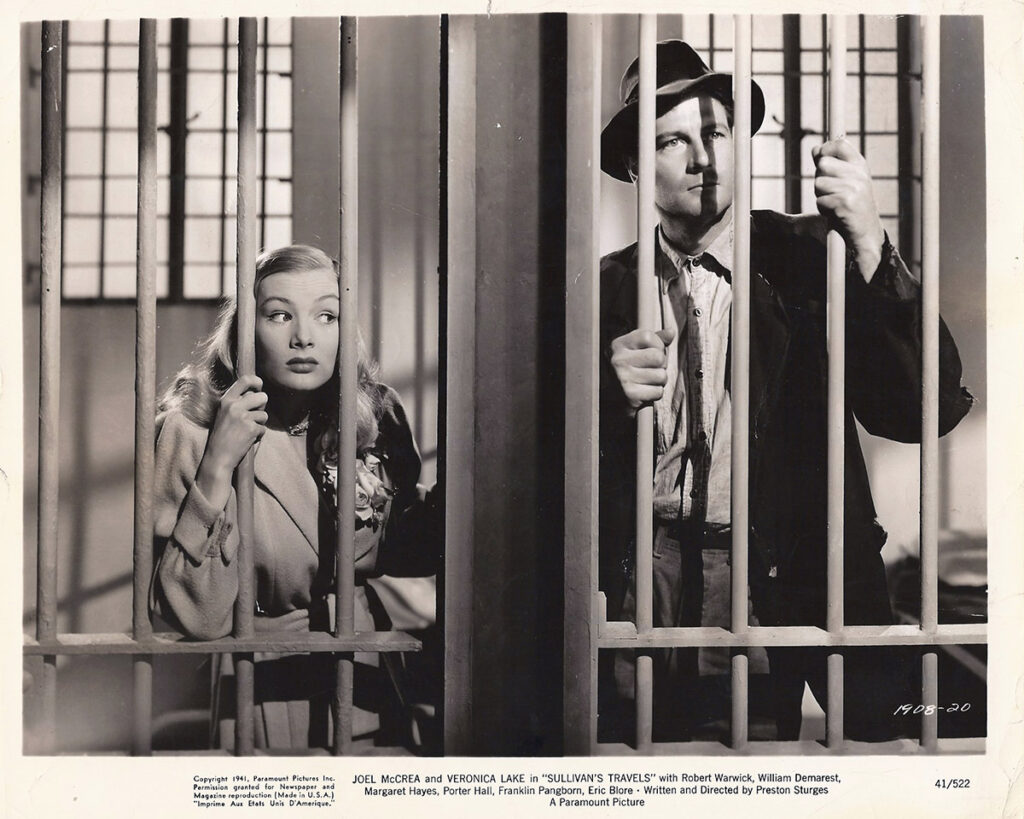 Preston Sturges’ comedy with a social message is often called a perfect film. Veronica Lake, during her first year of movie stardom, is billed simply as “The Girl”. The movie queen accompanies Joel McCrea as film director John L. Sullivan on his journey as a hobo to learn about the common man, her wardrobe a hobo costume.

In photo coded 1908-20, Joel McCrea and Veronica Lake are shown in jail cells.