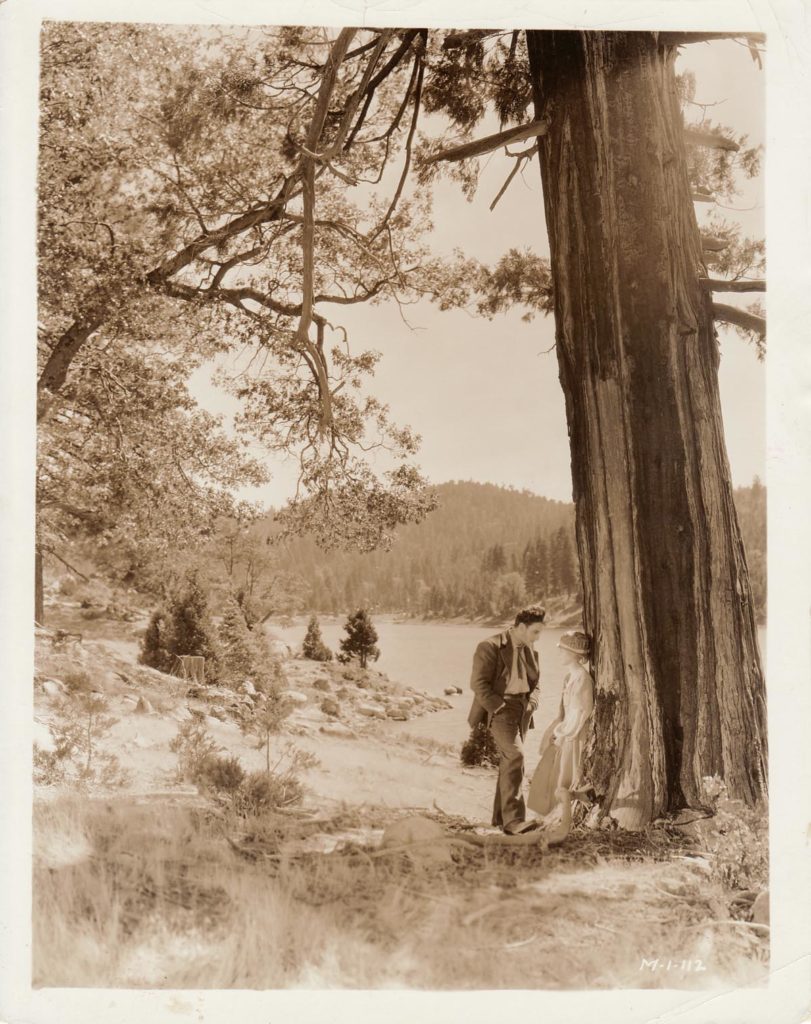 The full title of this classic is Sunrise: A Song of Two Humans, and that was most appropriate. It is the story of a young married farmer and his wife. When he falls under the spell of a city woman, he attempts to take the life of his wife – but he cannot, and they spend a wonderful day in the city together, falling more in love with each other.

Much of the film was shot on location in Big Bear and San Bernardino National Forest, California. This image of O’Brien and Gaynor during their trip is from one of those locations. It is coded “M-1-112”. Original stamped information about the film on the verso.