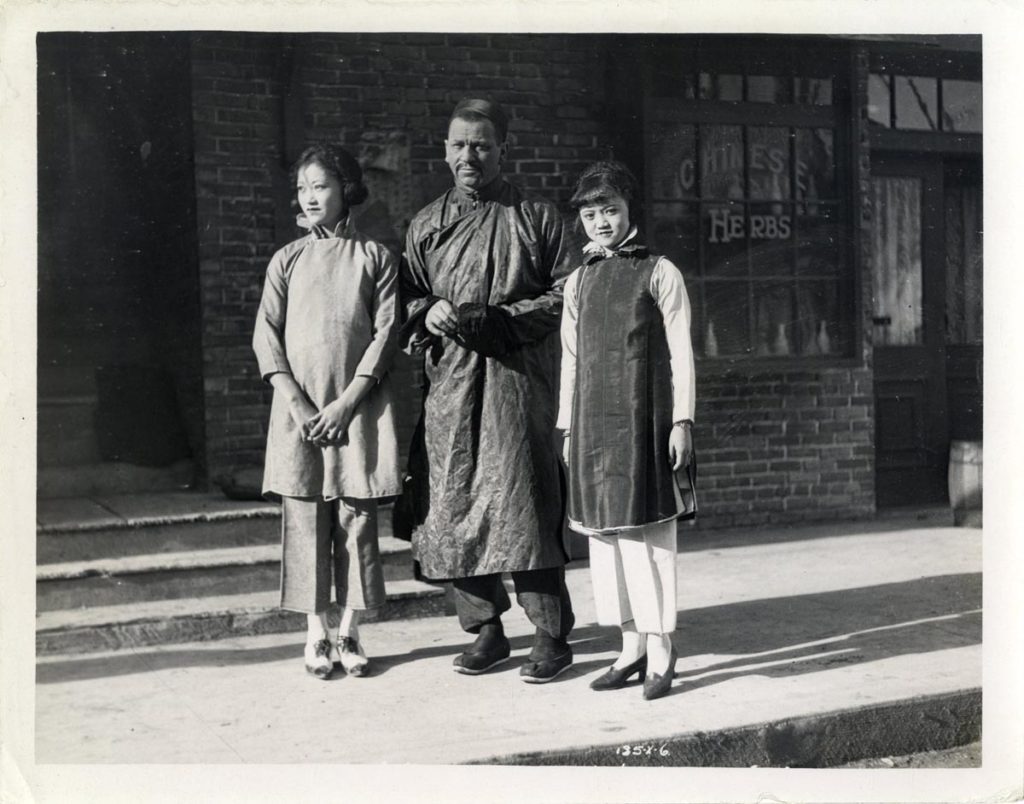 A white child is adopted and raised in China by Chinese citizens. When she is brought to San Francisco’s Chinatown, no one questions that she is Chinese. She is unaware that she is actually a white girl, though she falls in love with a white boy. Alas, she is promised to evil Wallace Beery, and so the melodrama ensues.

In this still coded “135-x-6” we have Wallace Beery in Asian makeup and garb between two of the Asian actresses who appeared in the film.