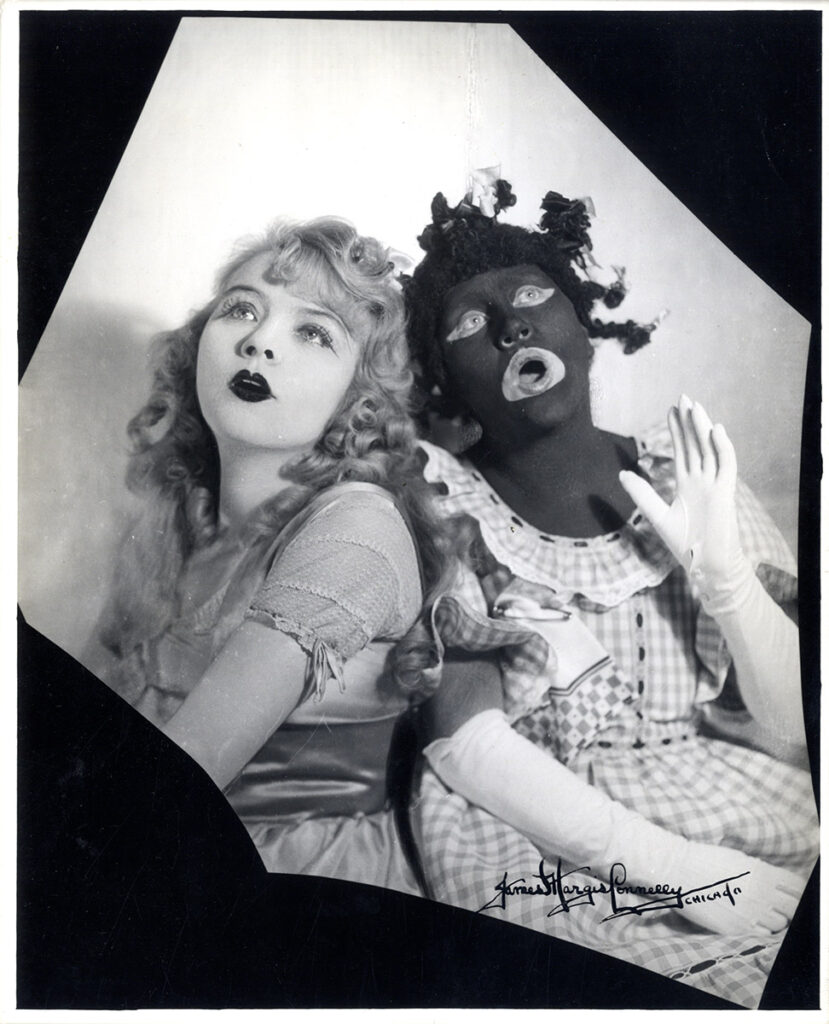 Popular vaudeville and Broadway theatre duo Vivian and Rosetta Duncan pose in character for their most famous hit, TOPSY AND EVA, adapted from Harriet Beecher Stowe’s Uncle Tom’s Cabin. The talented sisters wrote the songs and would be featured in a film version in 1927. Photo features signature on front and ink stamp on verso of photographer James Hargis Connelly.

Though the show played on Broadway for the 1924-25 season at the Sam. H. Harris theatre, Connelly’s stamp addresses him as being in Chicago and pencil inscription on verso states that the sisters are appearing at the Paramount Theatre in person as the duo performed their vaudeville act across the country. Theatrical photographer Connelly was known for copyrighting his photography and demanding credit in print.