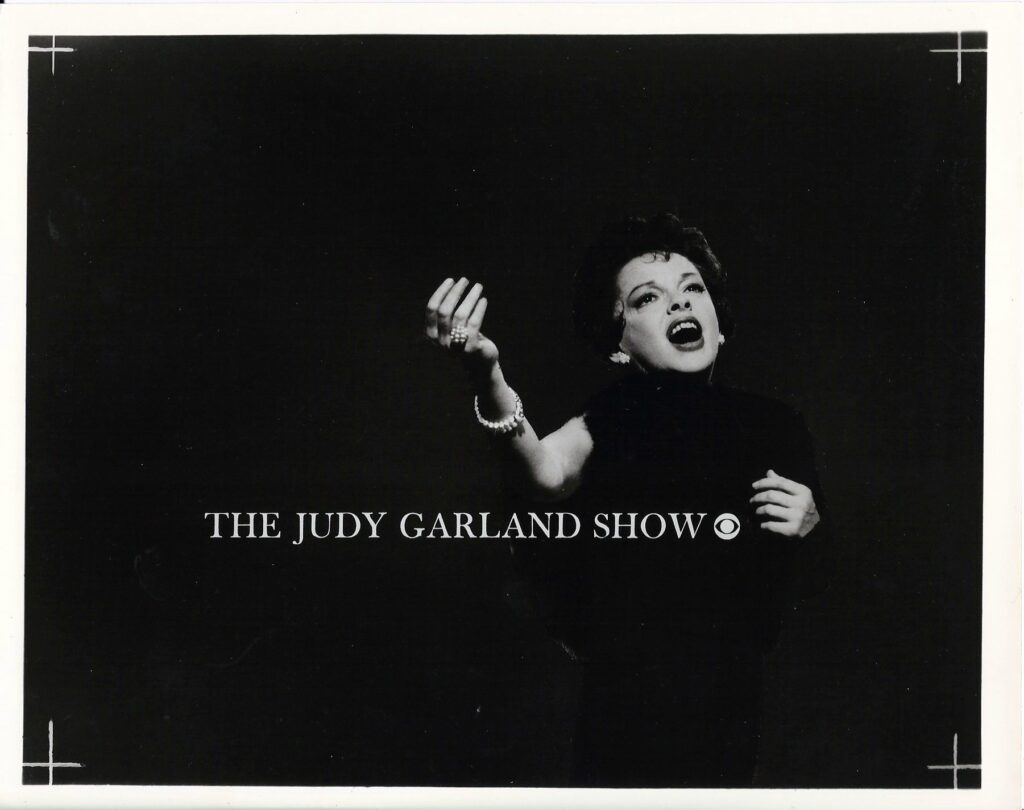 With her phenomenal concert success, billboard charted records, Grammys, film work with an Academy Award nomination and TV specials, Judy was ready for her own television series in 1963. There was one season, but to this day it represents the finest of the musical variety television format including iconic moments.

This photo advertised the broadcast of the first show in Sept. 1963, FINE.