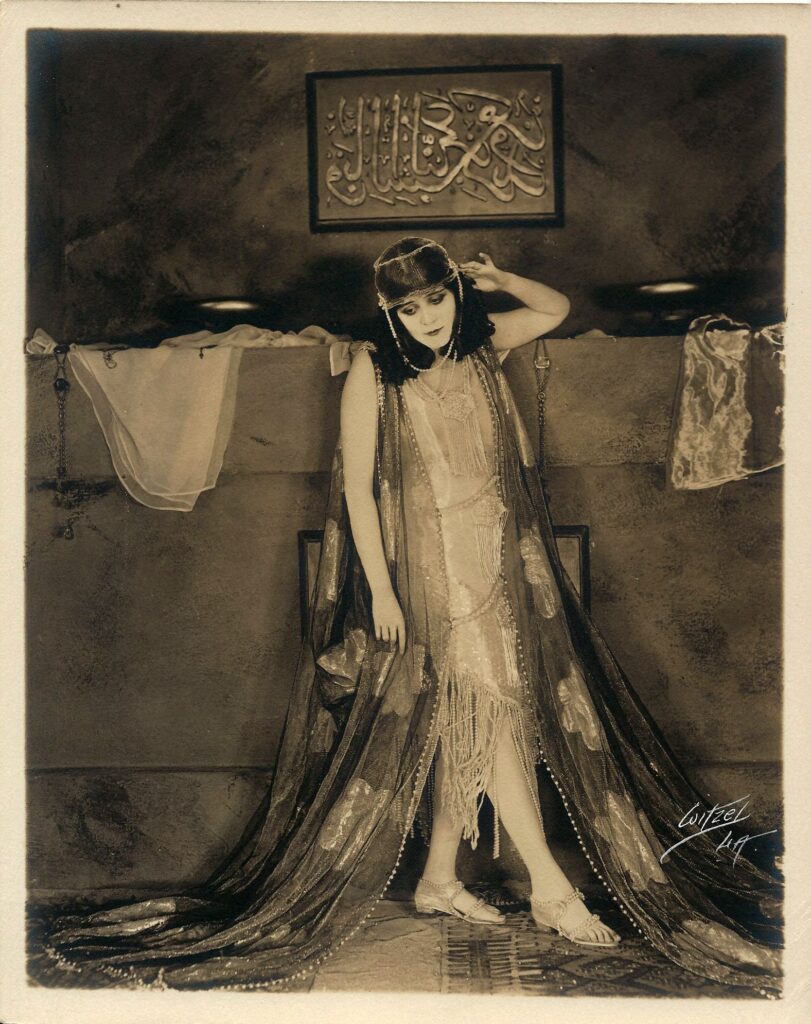 Though she is now iconic as “The Vamp”, Theda Bara played a wide variety of roles in early American silent films.  She played many of the greatest roles of theatre, literature and film and her resume reads like that of the greatest actresses in theatre history. The roles ranged from modern day vamps to the greatest vamps in history, including CLEOPATRA, MADAME DU BARRY, SALOME and CAMLLE, to the romantic virginal characters of ROMEO AND JULIET, KATHLEEN MAVOUREEN and EAST LYNN, to the adventures of UNDER TWO FLAGS.

Much of the same creative staff from Bara’s hit CLEOPATRA were assembled for this retelling of the story of John the Baptist and his fate with the lady of the seven veils. That team included George James Hopkins who was responsible for the production art, set and costume design — elements which helped create the legendary star for whom we now have only a still photograph record for the most part. Hopkins, who started his career with Bara, would become a legendary set decorator with 11 shared Academy Award nominations and four wins. This, along with most of Bara’s work, is a lost film.

In this portrait, signed at the lower right “Witzel, LA”, Bara stands in front of a mantle strewn with various veils.  There are no condition issues, FINE.