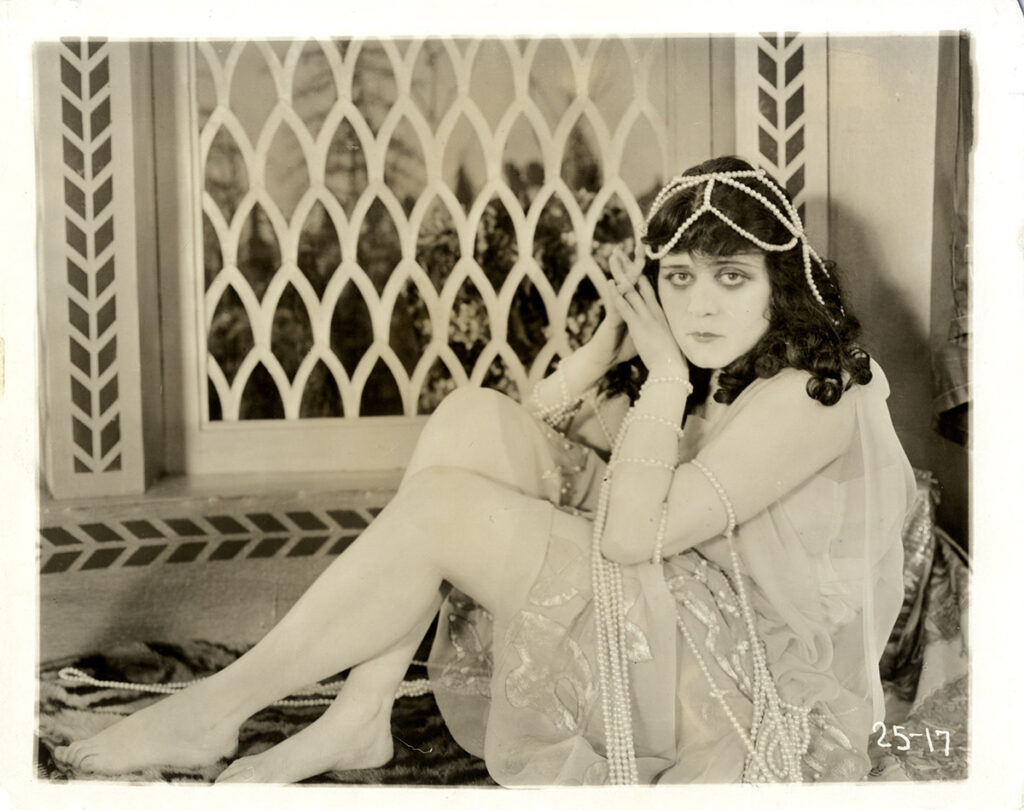 During her five-year reign as Queen of the American Cinema, Theda Bara enjoyed playing in films in which she got to portray all of the greatest roles of theatre history, including ROMEO AND JULIET, EAST LYNNE, CAMILLE, CLEOPATRA, MADAME DU BARRY and perhaps the greatest, SALOME.

Unfortunately, most of her work is considered lost and it is photos such as this original by which we have some record of this film’s opulence.

Art director George James Hopkins, who would eventually win four Academy Awards, started his career designing sets and costumes, such as this one, for Theda Bara films.