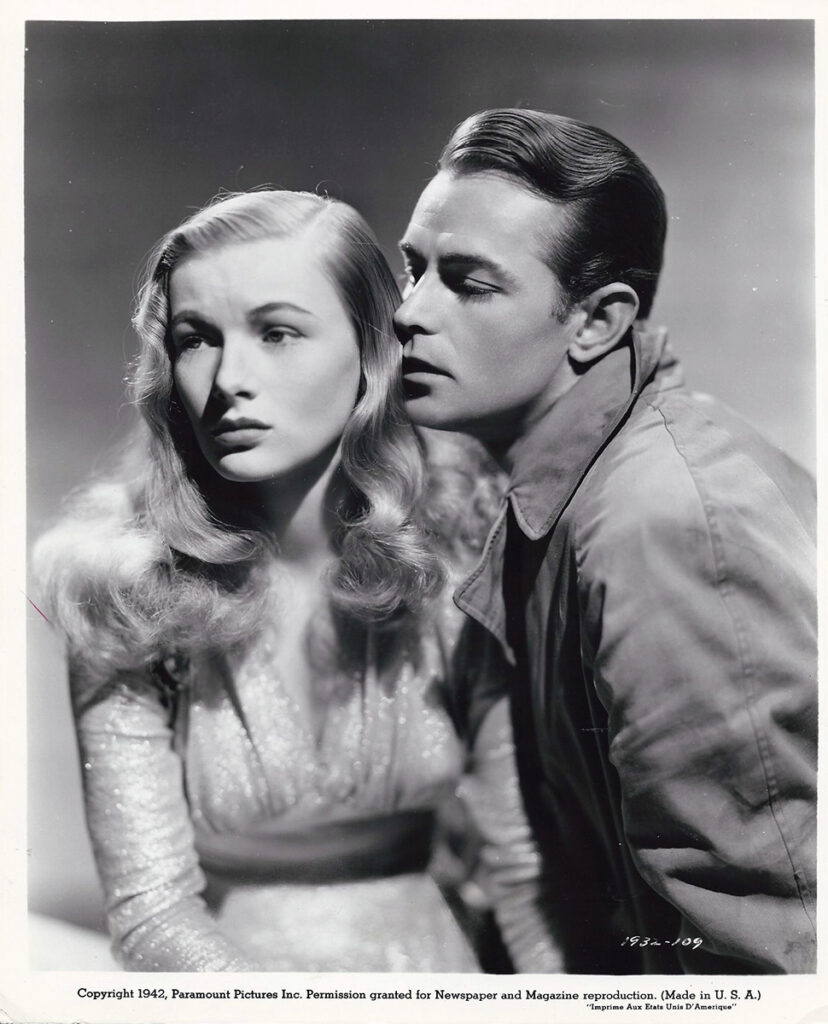 One of movie history’s most iconic couplings was that of Veronica Lake and Alan Ladd. They first appeared together during their first year of stardom in this now classic noir based loosely on a Graham Greene novel. Edith Head designed Lake’s gowns for both her previous film, I WANTED WINGS, and this film.

For publicity photos such as this she wore the iconic beaded gown which Head had made for the earlier film. Photo is coded 1932-109. Information typed on verso. NEA Ref Dept ink stamp with date of 4/10/42.