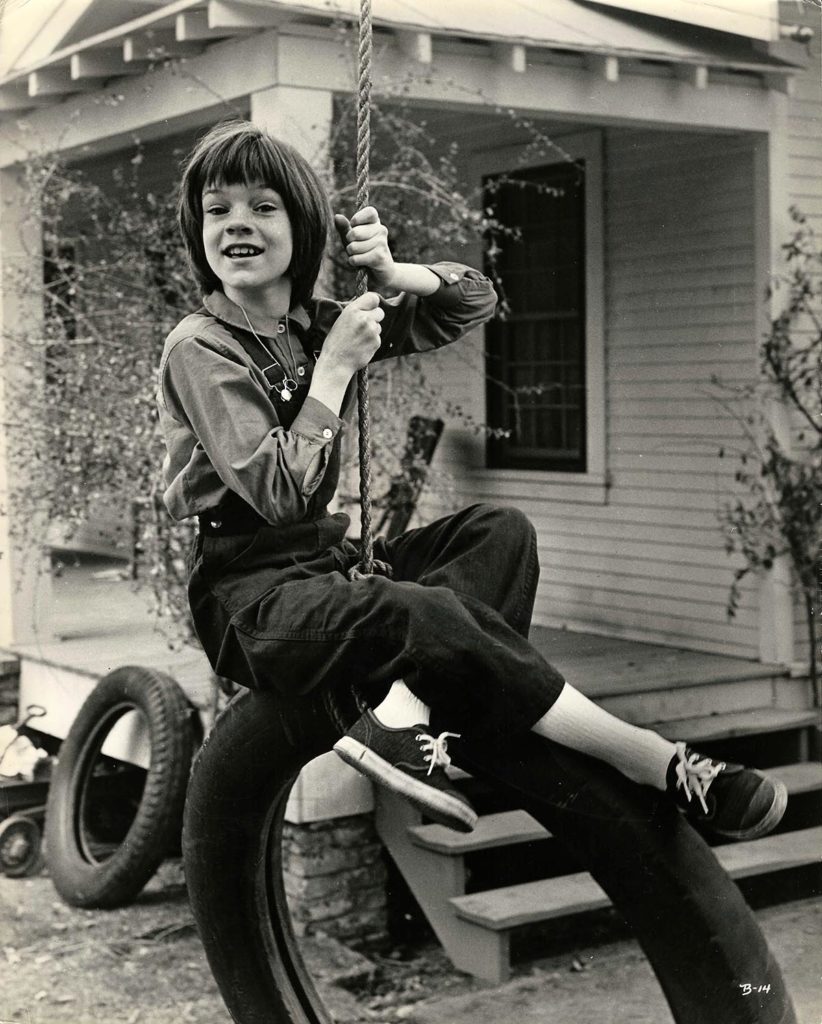 Nine year-old Birmingham, Alabama-born Mary Badham was cast to play Harper Lee’s small town Alabama character Scout in the screen adaptation of her popular novel about the widower lawyer raising his children as he defends a black man. So good was she that she became the youngest to be nominated for the Academy Award as Best Supporting Actress. Patty Duke would win for THE MIRACLE WORKER.

Photo is coded B-14 and has the original paper blurb from Universal Studios attached to the verso. Minor curling and minor creases at top left corner, ABOUT FINE.