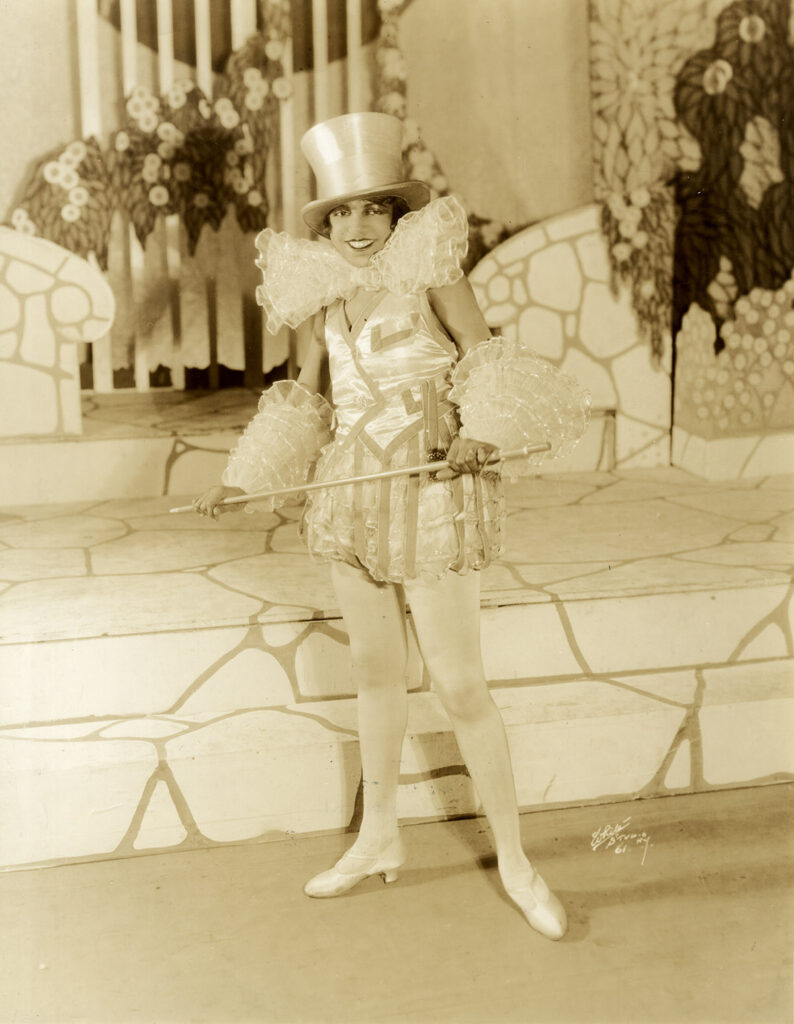 The Chocolate Dandies was a musical review, with music by ragtime master Eubie Blake and book by Noble Sissle and Lew Payton. B.C. Whitney was the producer, and the show had a Broadway run at the New Colonial Theatre between September 1 and November 22, 1924. W.C. Handy called Valaida Snow the “queen of the trumpet.” She was one of the great female jazz musicians, and, at the time, one of very few women prominent in jazz.

Photos of Snow are extremely scarce.