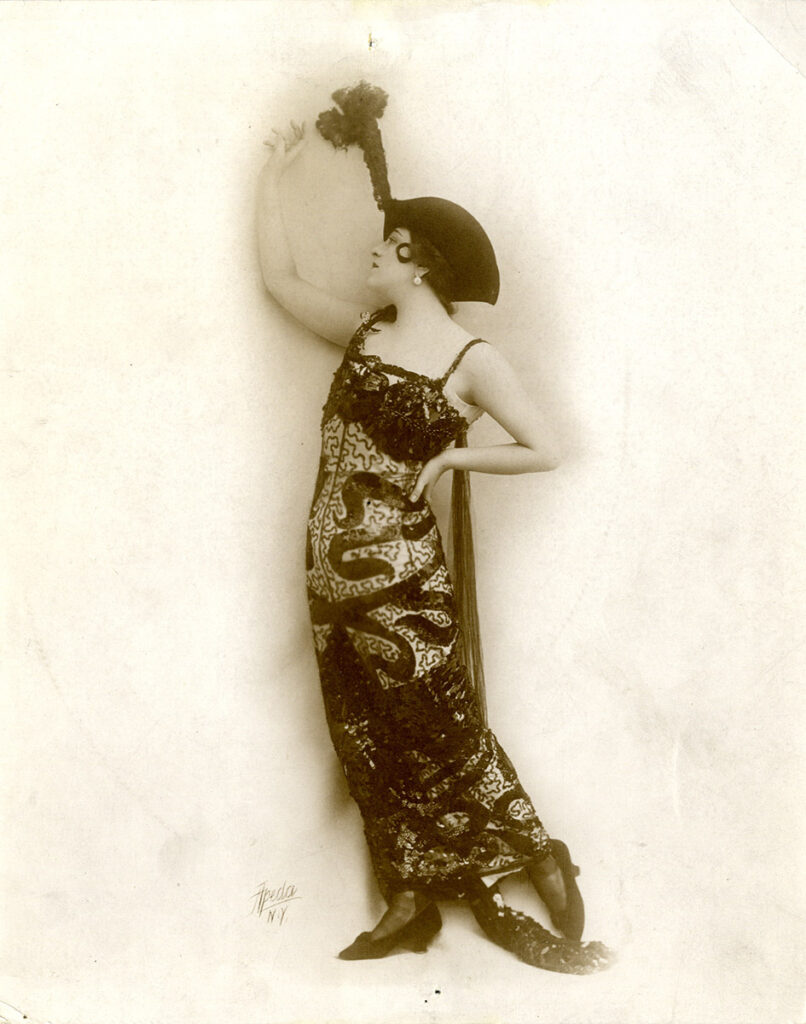 Having established a provocative reputation for her body language and fashion statement in vaudeville and New York City Broadway stages, Valeska Suratt was ready for the movies in 1915. Theda Bara had established a new screen character — the Vamp — and Valeska became her competition.

Seemingly exotic, she was born in Indiana, married several times and lived in obscurity once her career ended. All eleven films she appeared in at Fox’s East Coast studio are believed to be lost and her place in American film history is all but forgotten.

The verso is stamped “APEDA STUDIOS” and “Valeska Suratt in the sensational success ‘Black Crepe and Diamonds.'”