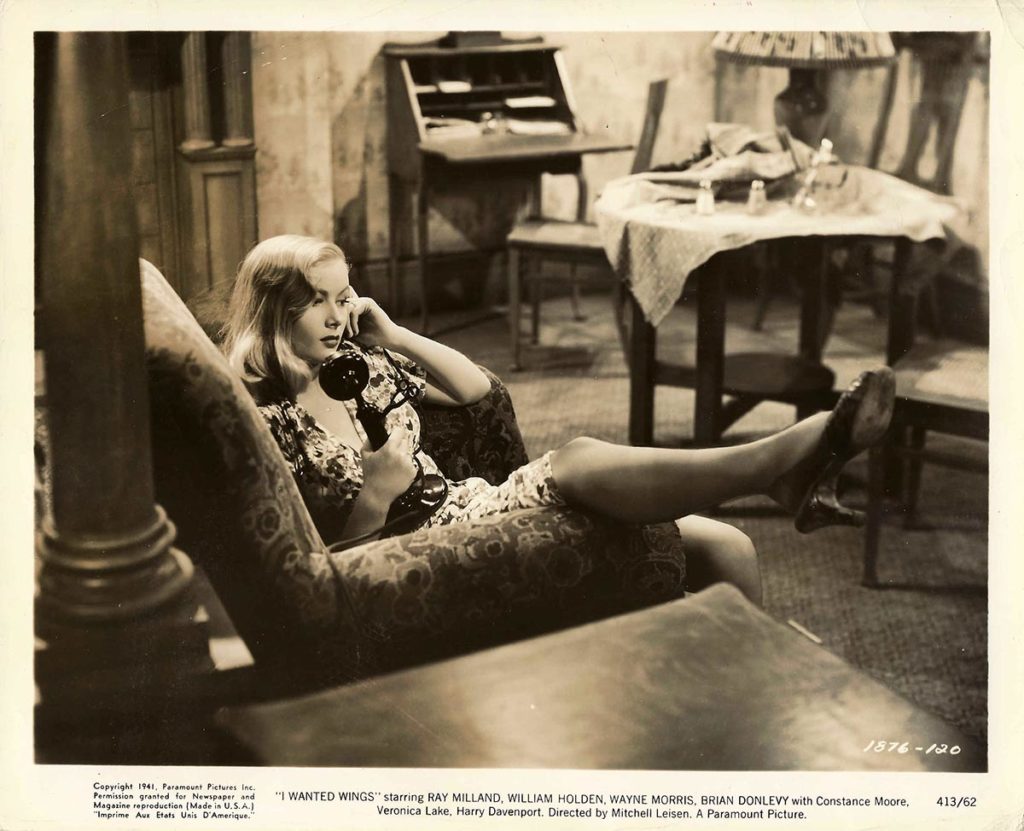 This film made Veronica Lake a star. She appeared for the first time in her trademark hairstyle and wore the gown by Edith Head which became iconic. The story was about the training of three recruits in the Army Air Corps.

In still 1876-120 we have Veronica Lake wearing a stylish Edith Head day dress and displaying plenty of leg and attitude. The verso of the photo is stamped with the Photoplay magazine stamp of the period. Minor handling with a bit of creasing at border areas and at top right corner, NEAR FINE.