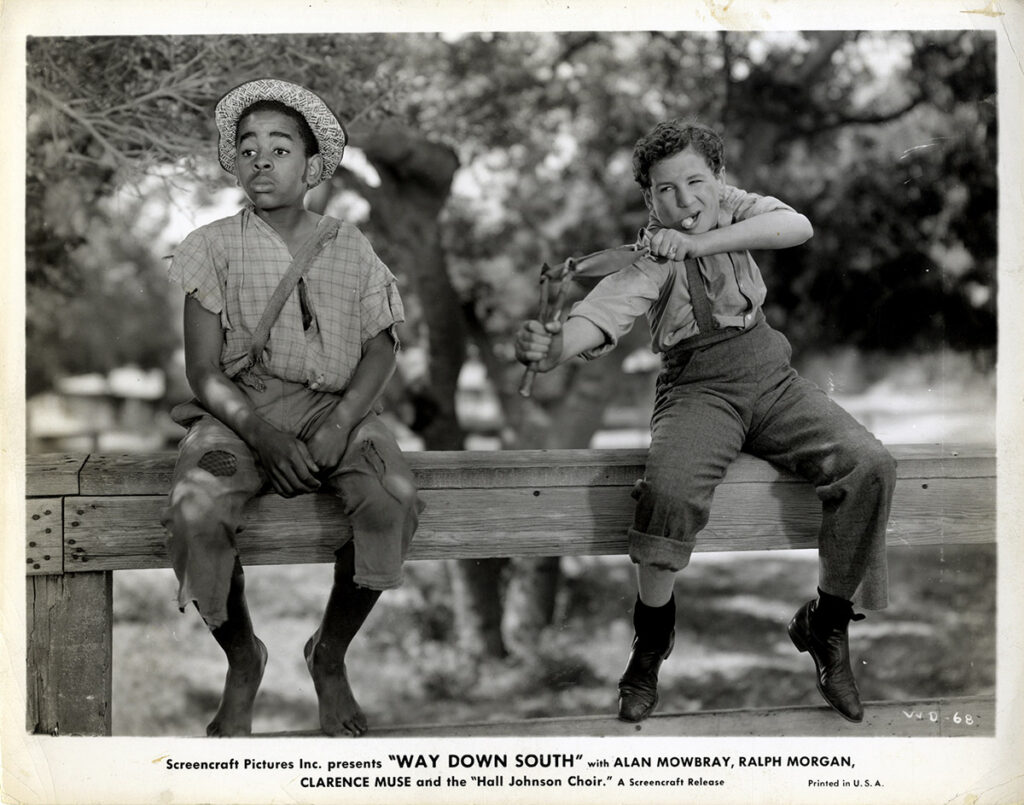 The only theatrical feature film written by Langston Hughes (in collaboration with African American actor Clarence Muse, who also played the major supporting role of “Uncle Caton” in the film). Hughes and Muse intended to create a story about antebellum Louisiana, in which African Americans’ role in history could be more accurately portrayed. The result was inevitably heavily compromised by the studio but, nonetheless, this extremely rare title (both paper from it and the film itself, although it exists, is very hard to see) does document a forgotten moment in Hughes’ illustrious career.

Co-author Muse had an illustrious career, in which he repeatedly gave dignity to stereotyped servant roles in Hollywood movies. “He had an uncanny ability to distinguish his characters by breathing realism and spirituality into the downhome family man persona he had been playing since… 1929.” (Kisch, Separate Cinema, p. 92)

All ephemera from this obscure little film are very scarce. The African American cast members are present in six of the nine photos. Richards 1242.