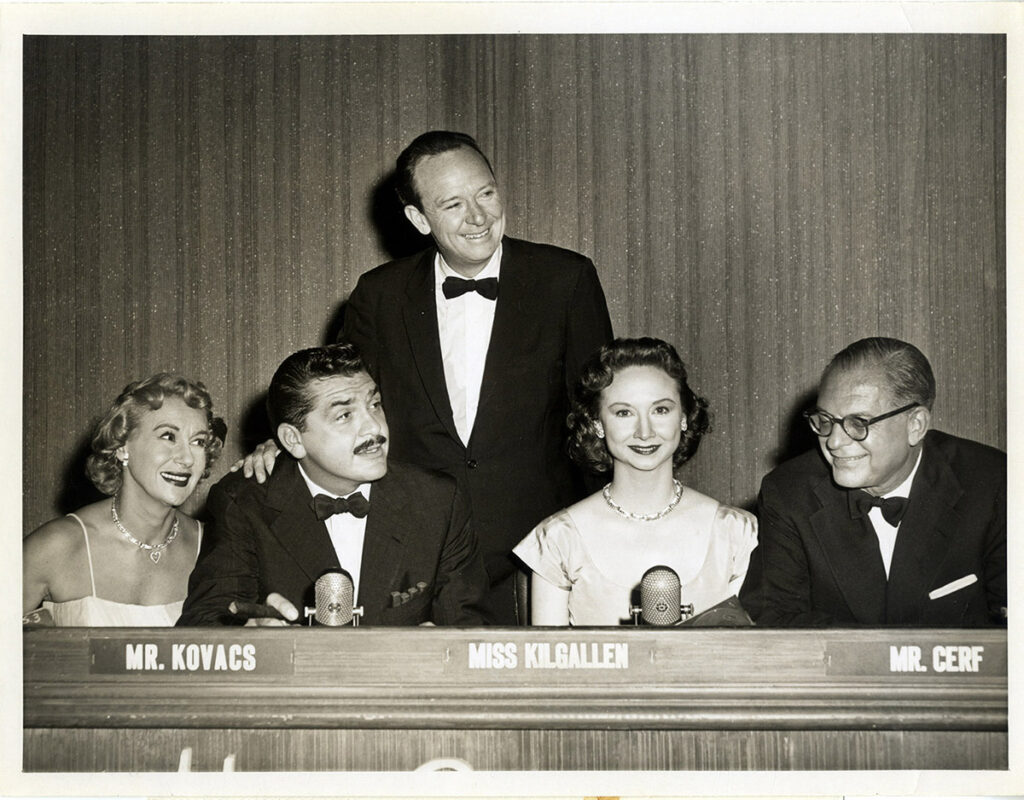 WHAT’S MY LINE? was an immensely popular primetime television panel game show, which aired from 1950 to 1975. The game used celebrity panelists to question contestants in order to determine their occupation, with panelists being called on to question and identify a weekly celebrity “mystery guest” while blindfolded. It is on the list of longest-running U.S. primetime network television game shows.

Originally hosted by John Charles Daly and with regular panelists Dorothy Kilgallen, Arlene Francis and Bennett Cerf, WHAT’S MY LINE? won three Emmy Awards for “Best Quiz or Audience Participation Show” in 1952, 1953 and 1958 and the Golden Globe Award for “Best TV Show” in 1962.

Here we have individual portraits of Bennett Cerf, John Charles Daly and Dorothy Kilgallen, along with a photo of Daly with Arlene Francis, also a photo of Daly, Francis, Cerf, Kilgallen, along with Ernie Kovacs, who was a frequent guest panelist. Finally, a portrait of Francis for her daytime show HOME, which aired from 1954 to 1957 at the time of her fame from WHAT’S MY LINE?.