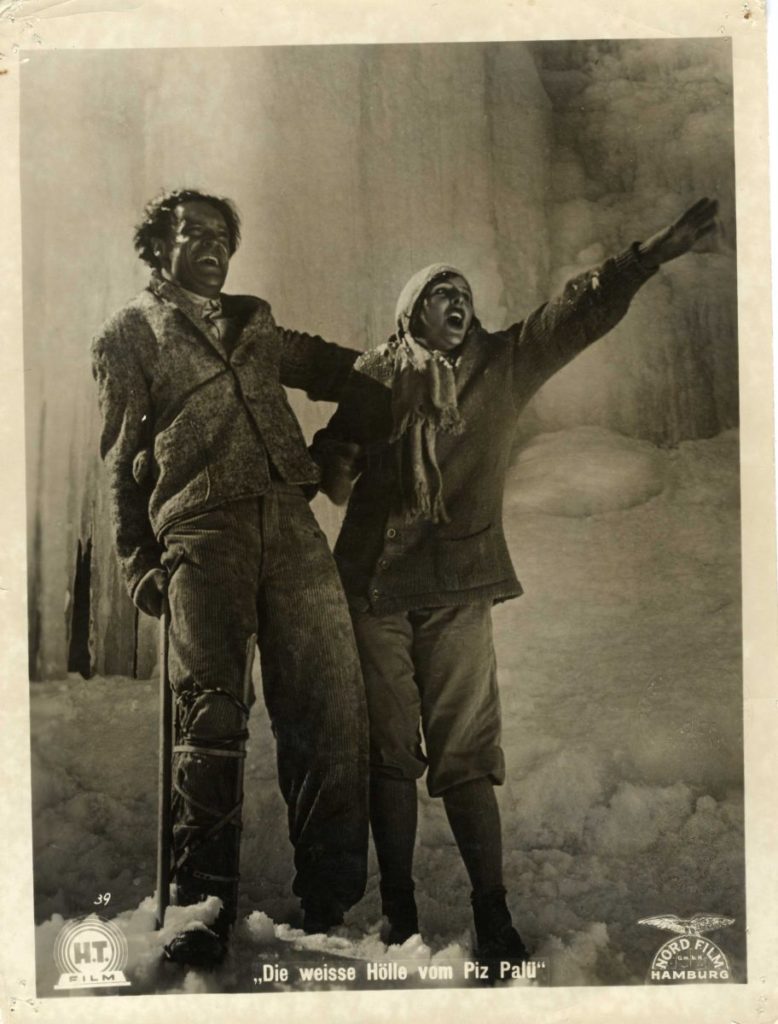 Includes Berlin blind stamp, imprinted title and film company logos. Still is numbered 39. Ink stamp number on verso. This still is for the 1935 sound version through H.T. Film. This photo has the embossed stamp of the German censorship board, Berlin. Irregularly trimmed, with various pinholes in all four corners, NEAR FINE.