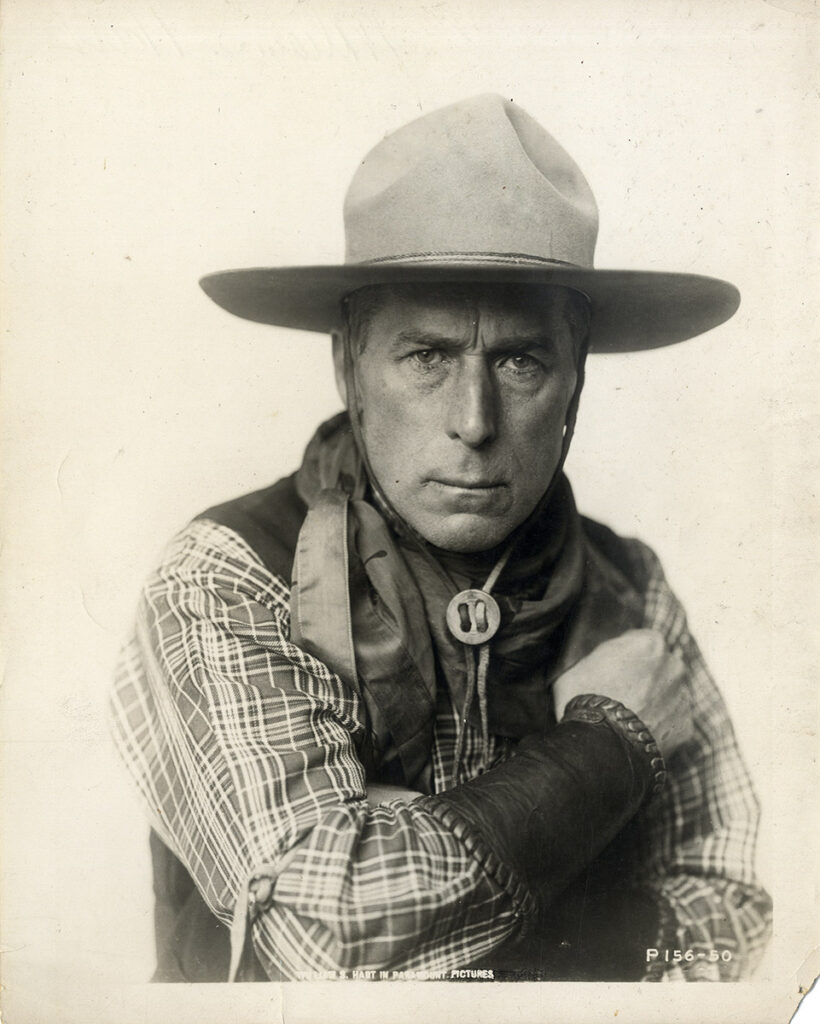 The foremost premier Western star, William S. Hart entered films in 1914 where he became a sensation under Thomas Ince. Company. Offered a major contract by Adolph Zukor, he moved to Paramount in 1917 and this portrait is from his early days working at the studio. He made 10 films in 1918 alone. He worked as a guest star in his last film in 1928 and thereafter made a career of writing novels.

Coded as “P156-50”. Text of William S. Hart in Paramount Pictures at bottom of image.