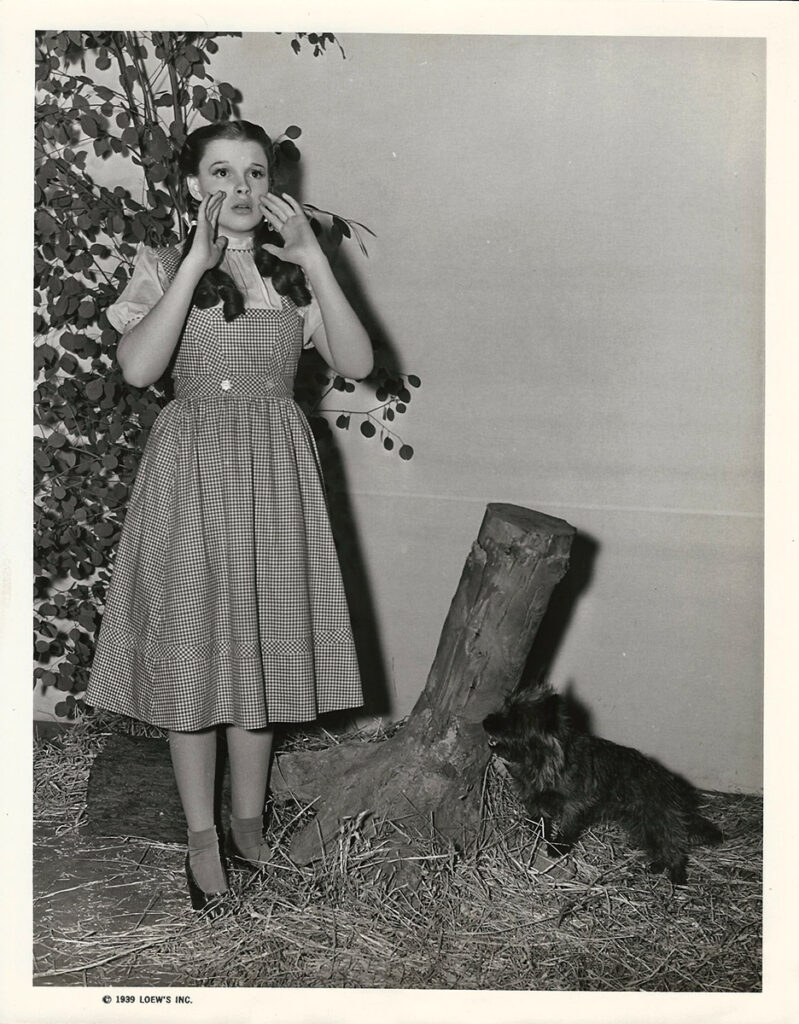 WIZARD OF OZ, THE (1939) BTS Judy Garland plays with Toto

The MGM set photographer captured Judy Garland in a series of photos with her co-star Terry (as Toto) in which they played together while waiting to film their next scene. Garland became so close to Terry that she asked if she could buy her but the dog, which appeared in many films, was too valuable to her trainer.