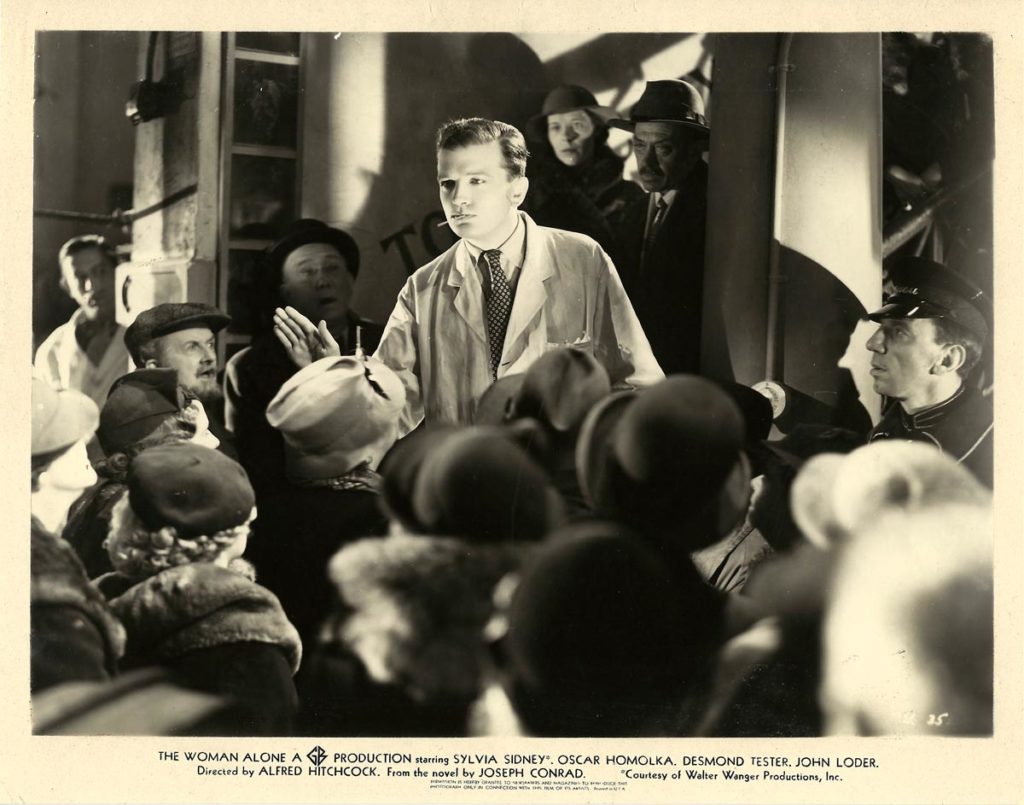 Based on the Joseph Conrad novel The Secret Agent, this was one of Hitchcock’s most suspenseful pre-Hollywood films. American star Sylvia Sidney ventured to England to make the film with an international cast. It told the story of an undercover detective trailing a saboteur who is going to set off a bomb in London.

Still #M66-35 is for the American release of the film through Walter Wanger Productions and features the investigator Ted, played by John Loder.