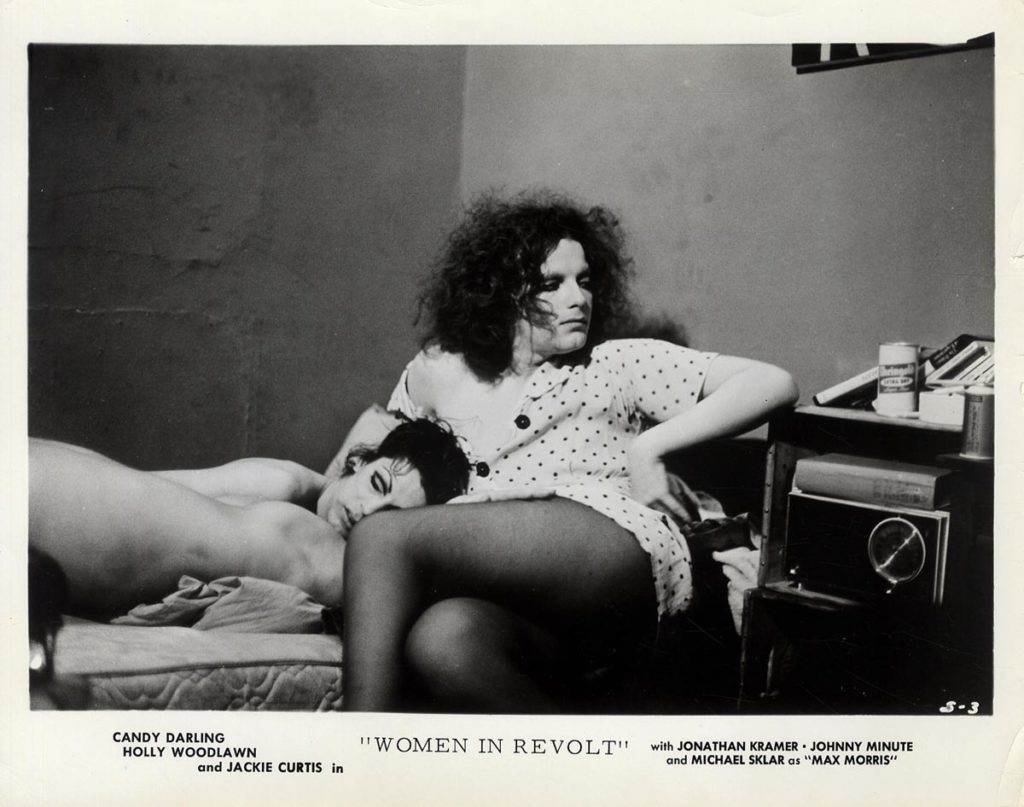 The most political of Morrissey’s work, it is the story of three women who revolt against various oppressions. The women join a militant feminist political group called P. I. G. (Politically Involved Girls), but in the end they do not find that their newfound feminism brings them happiness. image of Holly Woodlawn and Jackie Curtis. Coded “S 3”. Minor crease at bottom right corner. ABOUT FINE.