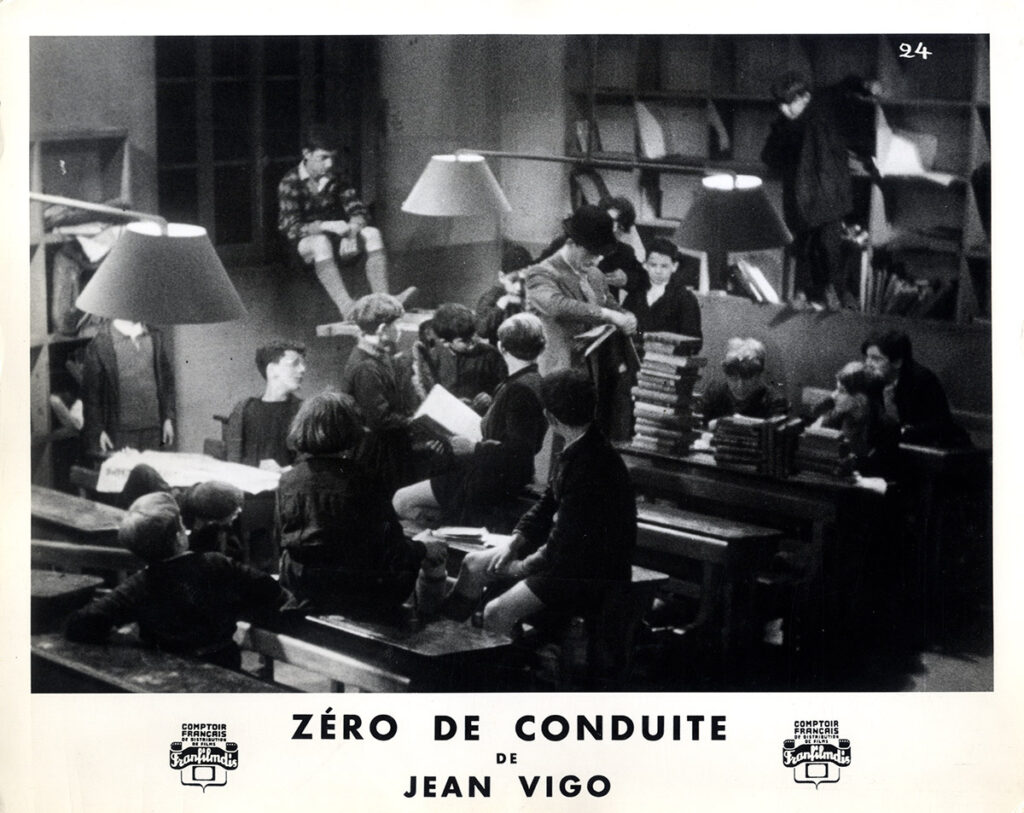 Director Jean Vigo’s featurette from 1933. He previously had only made the short À PROPOS DE NICE. After this film, he directed the feature L’ATALANTE. He died young shortly after that film was completed, and his death was a tragic loss to world cinema.

ZÉRO DE CONDUITE is very much the creation of a young person — a film of rough, anarchistic, explosive energy. Shortly after the film premiered in Paris in 1933, the censors banned it. No original advertising paper from 1933 has ever surfaced. This 1946 general release, for all intents and purposes, must be regarded as the original release. And although posters for it from 1946 do turn up, photos almost never do.