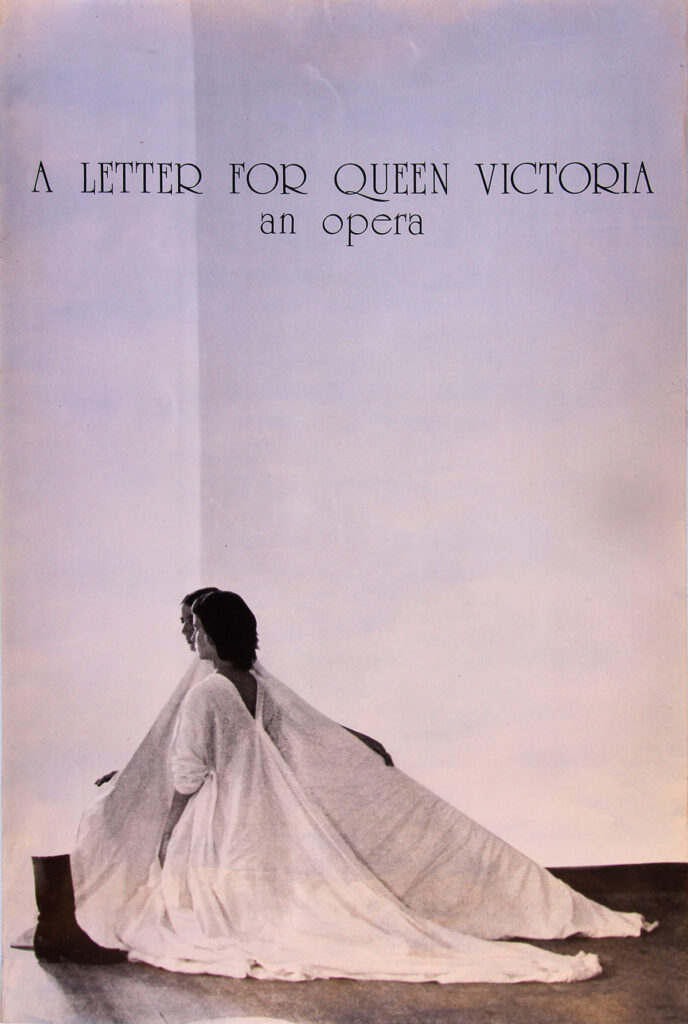 A LETTER FOR QUEEN VICTORIA – AN OPERA (1975) Theatre poster

Original poster for the 1975 stream-of-consciousness opera directed by Robert Wilson for its debut in La Rochelle, France, in 1975.

Known for his deep concern for the use of language in his work, this piece is characteristic of Wilson’s explicit attention to detail. In the play, the drop behind the set is completely covered in words printed in capital letters, and the actors speak frequently in chaotic instances of phonetic wordplay.