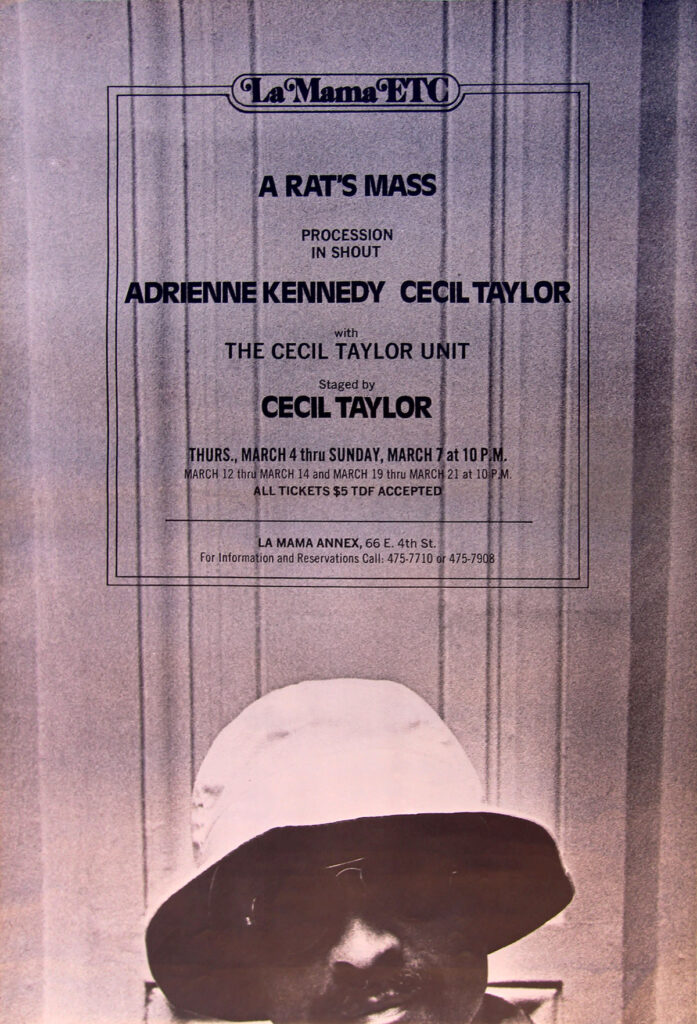 “A Rat’s Mass is a poetic, magical-realist one-act play by Adrienne Kennedy, a 20th-century African-American playwright. The play portrays the negative aspects of the black experience in the United States by depicting two African-American children longing for a white child. The play was, like many of Kennedy’s plays, not aligned with the Black Arts movement, with a focus on dislocation and femaleness rather than the ideology of blackness.

“Kennedy was inspired by the black experience in the United States, and A Rat’s Mass, along with most of her work, deals with the dichotomy between blacks and whites in America. The struggle for power and identity is the main focus of this play, because it was a main focus of the African American community at that time.” (Wikipedia)

This play was written in 1967. It was first given by the La Mama Experimental Theatre Club (ETC) in 1969. For this revival, the distinguished jazz musician Cecil Taylor directed and wrote a new musical score for it.