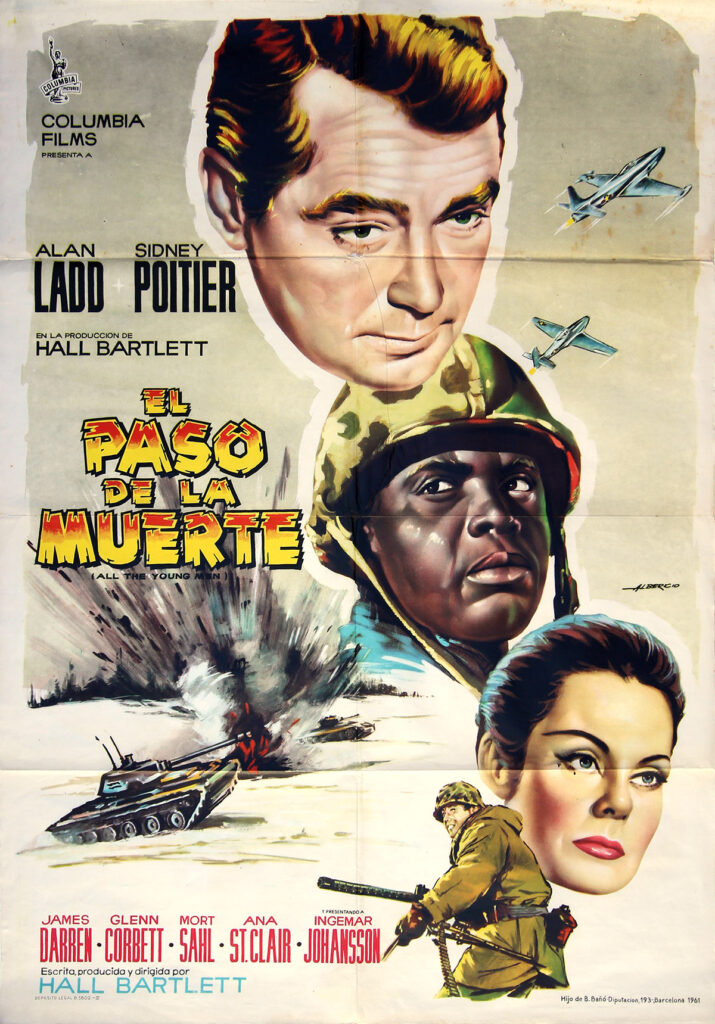 Barcelona: Columbia Films, 1961. Vintage original 39 x 28″ (99 x 71 cm.) Spanish poster, folded (as issued), there are some tiny foldline tears and light spots on the back which do not show through, VERY GOOD+ or better.

By the beginning of the 1960s, Sidney Poitier’s career was clearly in the ascendance both in the US and overseas—as evidenced by this Spanish poster for a Korean War film, in which he gets equal space with Alan Ladd, and a more central location on the poster.