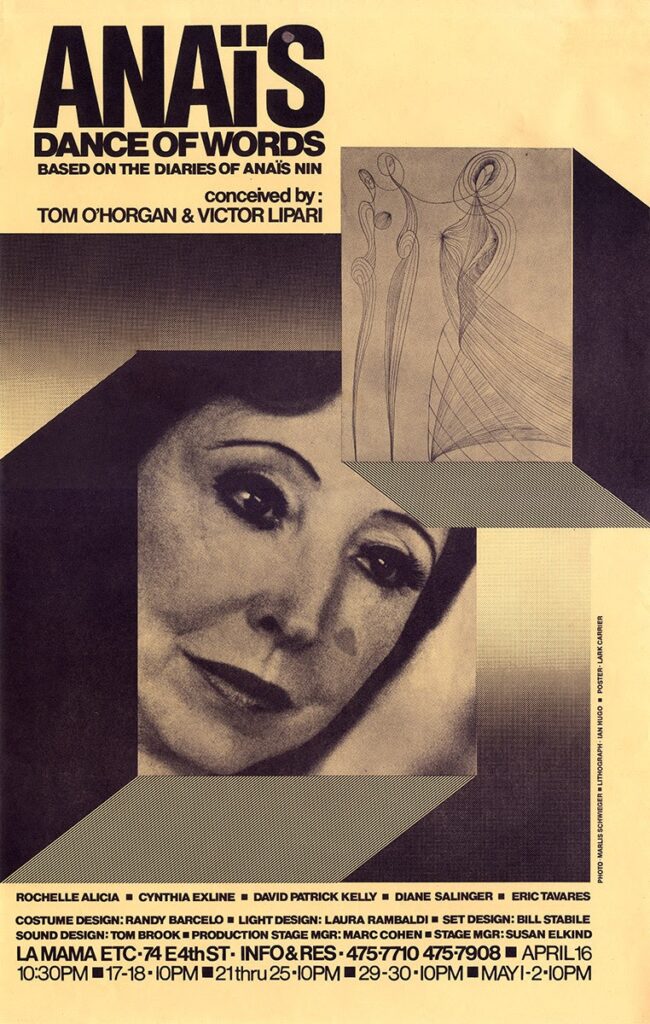 ANAÏS: DANCE OF WORDS BASED ON THE DIARIES OF ANAÏS NIN (ca. 1960s) Theatre poster

Early in his career, Tom O’Horgan directed many plays for the La MaMa theater off-off Broadway. He began working there in 1964 and, by 1967, he had directed HAIR off-Broadway, which quickly moved to Broadway to great success, so we can safely date this poster from between 1964 and 1967.

Victor Lipari is co-credited with O’Horgan on the poster. He was a member of the original LaMama Repertory Company and appeared regularly as an actor in their early productions. La MaMa posters of the 1960s are quite scarce.