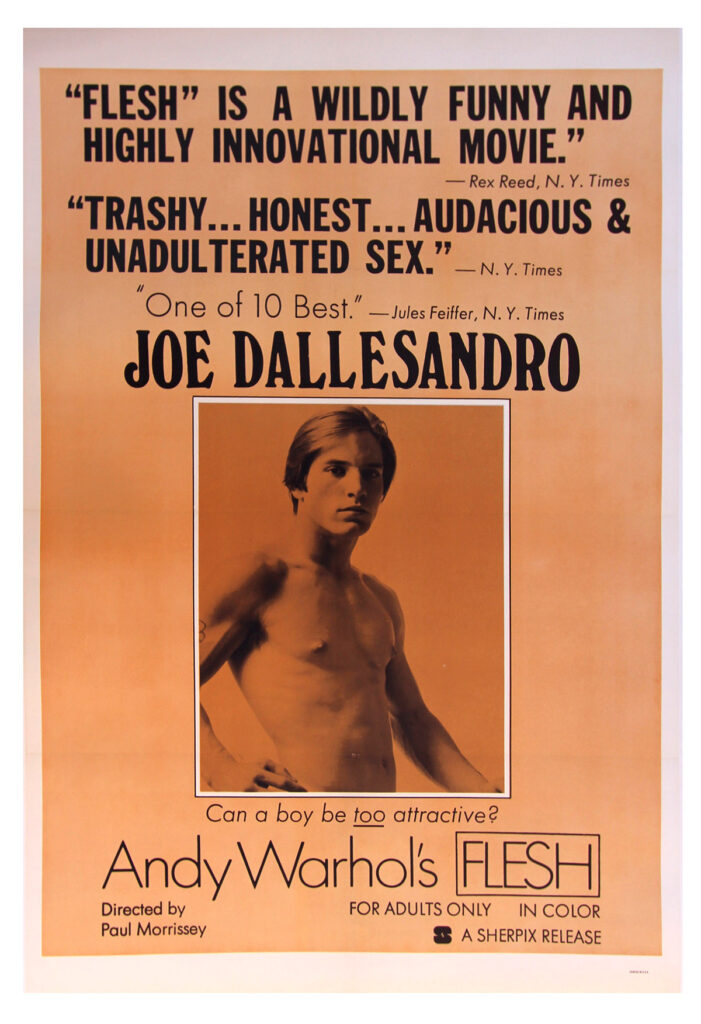 Paul Morrissey directed Joe Dallesandro, Jackie Curtis, Candy Darling, and various other Warhol regulars. Dallesandro plays the role of a guy who needs to raise cash so that his girlfirend can get an abortion, so he goes out on the streets looking to get paid for sex.

This is the first of what is considered a kind of trilogy of Warhol-Morrissey-Dallesandro films (although the three made additional films, these three are really the ones that best fit together).