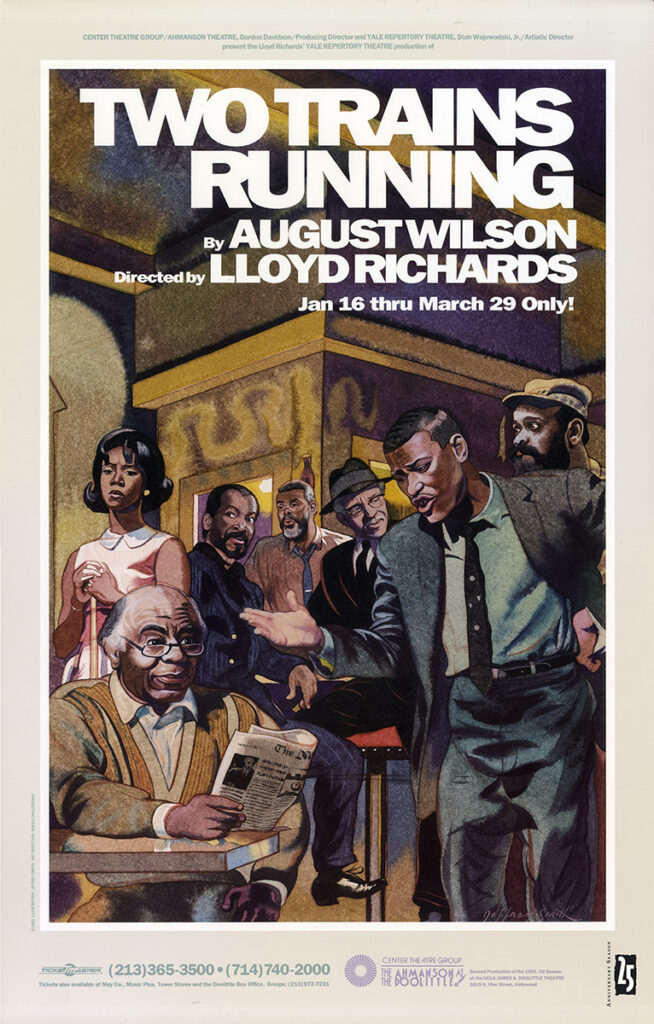 TWO TRAINS RUNNING is August Wilson’s play from his ten-part series THE PITTSBURGH CYCLE. Each of his plays takes place in a different decade of the past century, and this play is set in 1968. The play had its world premiere at the Yale Repertory Theatre in New Haven in 1990. A few regional productions of it followed, including this one in Los Angeles, which was directed by Lloyd Richards, and who was responsible for helming many of Wilson’s plays on Broadway. This production, which ran from January 16 through March 29, 1992, was immediately followed by the Broadway premiere, also directed by Richards, which occurred on April 13, 1992. The Broadway cast was identical to this Los Angeles cast (which headlined Roscoe Lee Browne, Anthony Chisholm, Larry Fishburne, and Cynthia Martells), and this was clearly a try out for the upcoming New York premiere.

The notable artwork by Jeffrey Smith of all the play’s principals was only used for the Los Angeles run. An entirely different poster was created for New York. Although the New York poster is hardly common, this Los Angeles poster is quite a bit scarcer. The poster features striking artwork of the principals, including Browne, Fishburne, and Chisholme.