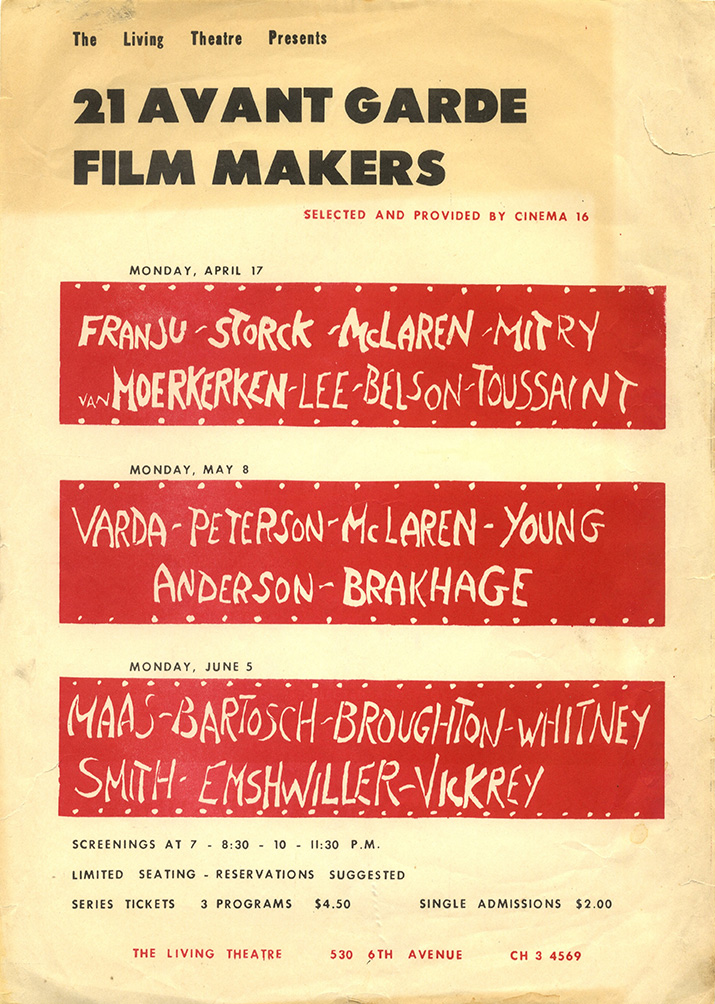 A seminal event, held just as the phenomenon of what was later to be called underground cinema was beginning to emerge. Featured at the screening were works by both American and foreign directors, including Georges Franju, Malcolm McClaren, Agnes Varda, La Monte Young, Stan Brakhage, Jack Smith, Willard Maas, James Broughton and many others.