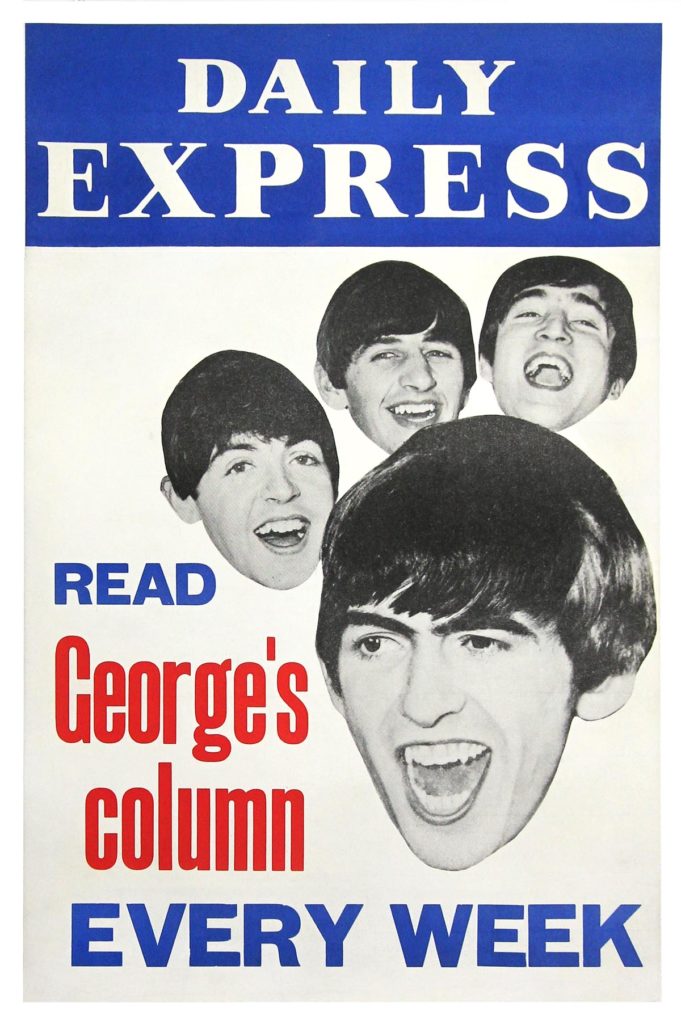 “Derek Taylor was a national journalist when he was assigned to write a review of a Beatles concert. He had been expected by his editors to write a piece critical of what at that time was considered by the national press as an inconsequential teen fad. However, he was enchanted by the group and instead sang their praises. Shortly afterwards, he was invited to meet The Beatles and soon became a trusted journalist in their circle.

“As The Beatles gained national attention in Britain, Taylor’s editors conceived of running a column ostensibly written by a Beatle to boost circulation, to be ghostwritten by Taylor. George Harrison was the Beatle eventually decided upon. Although Taylor was initially only given the right to approve or disapprove of the content, Harrison’s dissection of the first draft turned the column into an ongoing collaboration between the two, with Harrison providing the stories and Taylor providing the polish.” (Wikipedia)

This is a genuinely very-rare poster, with its imagery of The Beatles when still quite young and at the moment when their stars were beginning to ascend. On linen, with very minor slight touch-ups, there is one small marginal area of blank linen which is lightly bent, NEAR FINE.