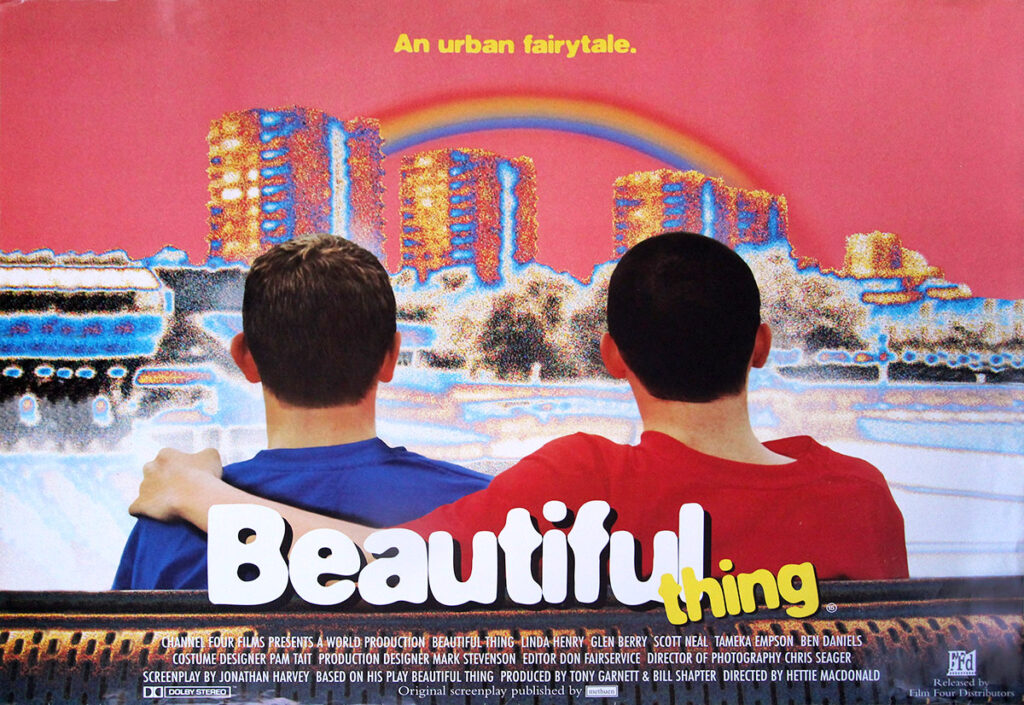 BEAUTIFUL THING is a British film about two young men who live in a working class area of South East London and fall in love. Hettie MacDonald directed this film, which was released to a generally very positive reaction from critics and audiences.

For some reason, this original British quad poster is very uncommon, and it is the first one which I have ever seen.