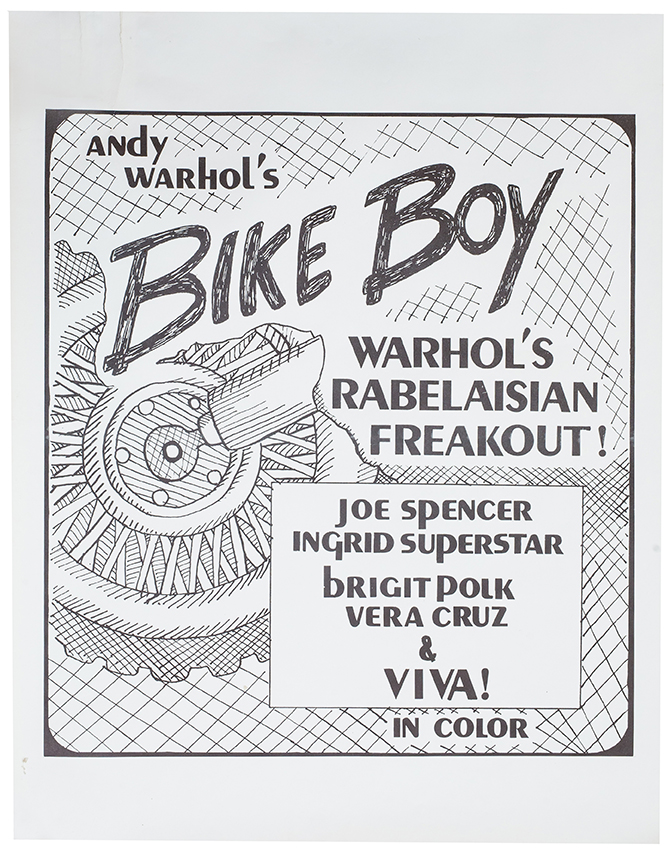 Paul Morrisey, who would shortly become the director of Warhol film, served as cinematographer. And Valerie Solanas (who would soon shoot Warhol) had a small part, in this film about a biker who encounters various members of the Warhol entourage. As with all the early Warhol films, he was the director (Morrissey soon after took over this job).