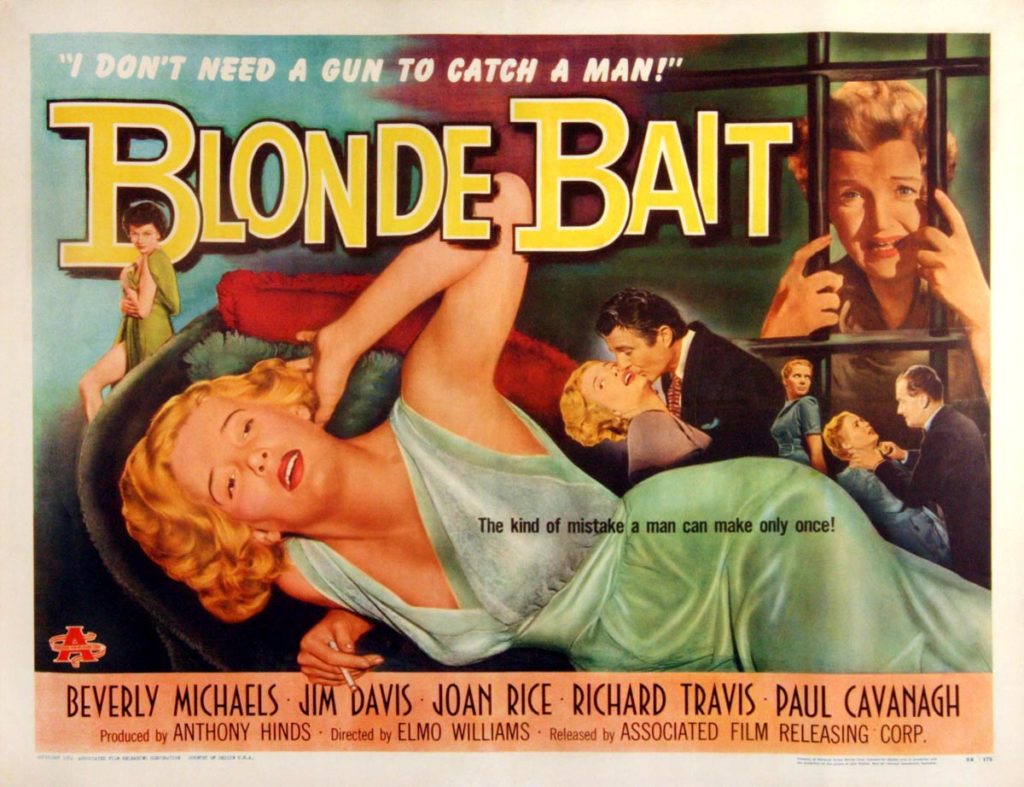 Lurid crime drama about a stripper who lands in jail after violently defending herself. Engaged to a murderer, a jail escape is arranged for her by a U.S. State Department agent who wants to find her and bring him in. Academy Award winning film editor Elmo Williams tried his hand at directing a few lower budget films during the mid 1950s. The Hammer group produced. The film was made in England and released there as WOMEN WITHOUT MEN. Discovered by exploitation film maker Hugo Haas, Beverly Michaels was poised for B-movie stardom ’til he dropped her to promote Cleo Moore. Michaels posters are now highly collectible, and this is one of the truly great 50s exploitation posters.