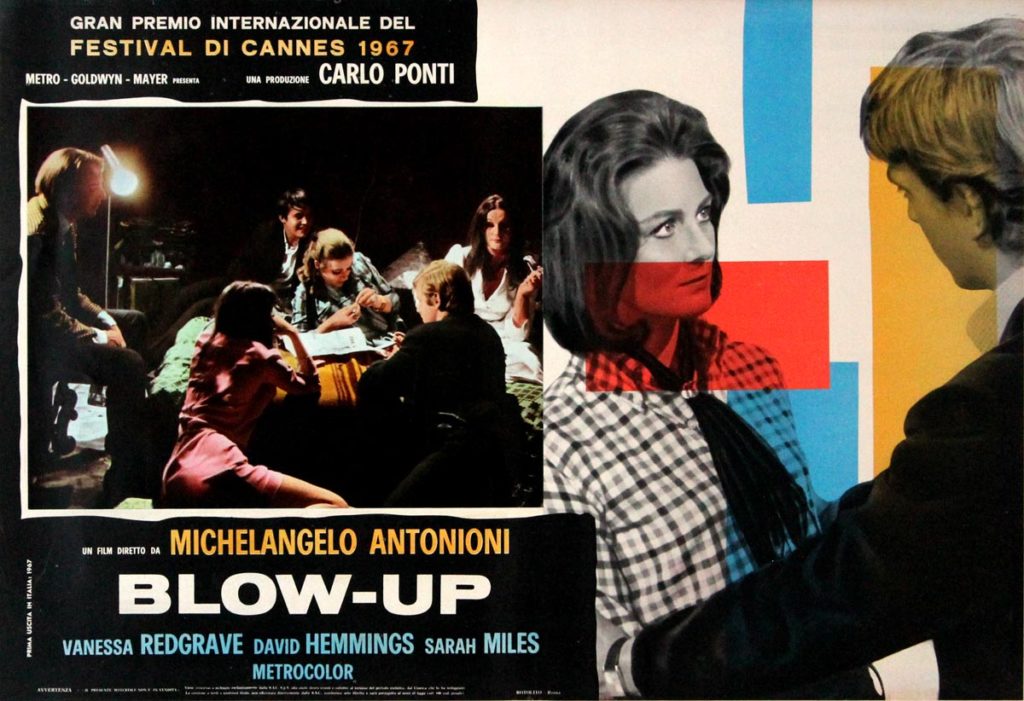 Forever controversial and even hated by many when first released, it is Antonioni’s comment on society (particularly of the time) and on human nature. The film was made by MGM in the UK under a newly-created company called Premier Productions. Because this company had no agreement with the Production Code office (as MGM did), the frontal nudity and explicit scenes were allowed to remain in the film. From a set of ten, each fotobusta in the set features a main character image in black-and-white accented by color gels and a main color scene image, artfully presented — so 1960s!

Vanessa Redgrave and David Hemmings confront each other in the image at right and a swinging 60s party is in progress in the color image at right. Slight fold at center as issued, a bit of shelf wear along the top edge of the poster. NEAR FINE.