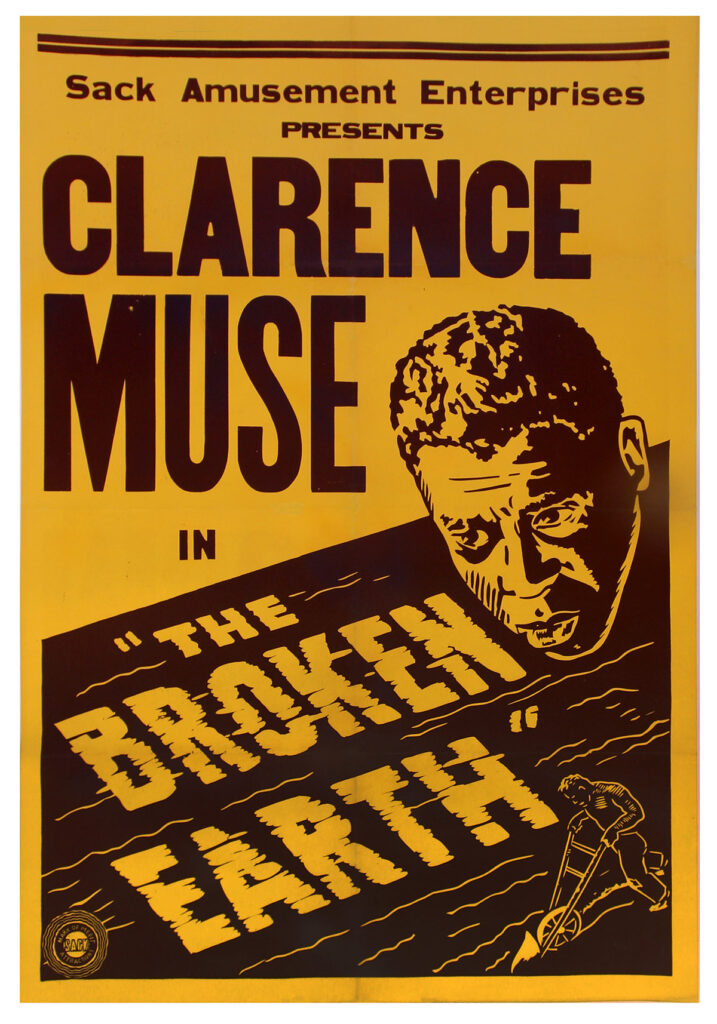 THE BROKEN EARTH is an 11-minute short film starring Clarence Muse as a sharecropper and widower who plows his farm and cares for a sick son, while praying for divine intervention. Roman Freulich (a well-known mid-century photographer responsible for, among other things, still photographs for classic 1930s Universal horror films) directed, with a soundtrack of Negro spirituals. Muse was a distinguished African American actor whose film career was mostly relegated to playing subservient characters, but whose innate dignity gave those characters a three-dimensionality which he managed to add on.

This is a quite scarce poster, not listed in OCLC.