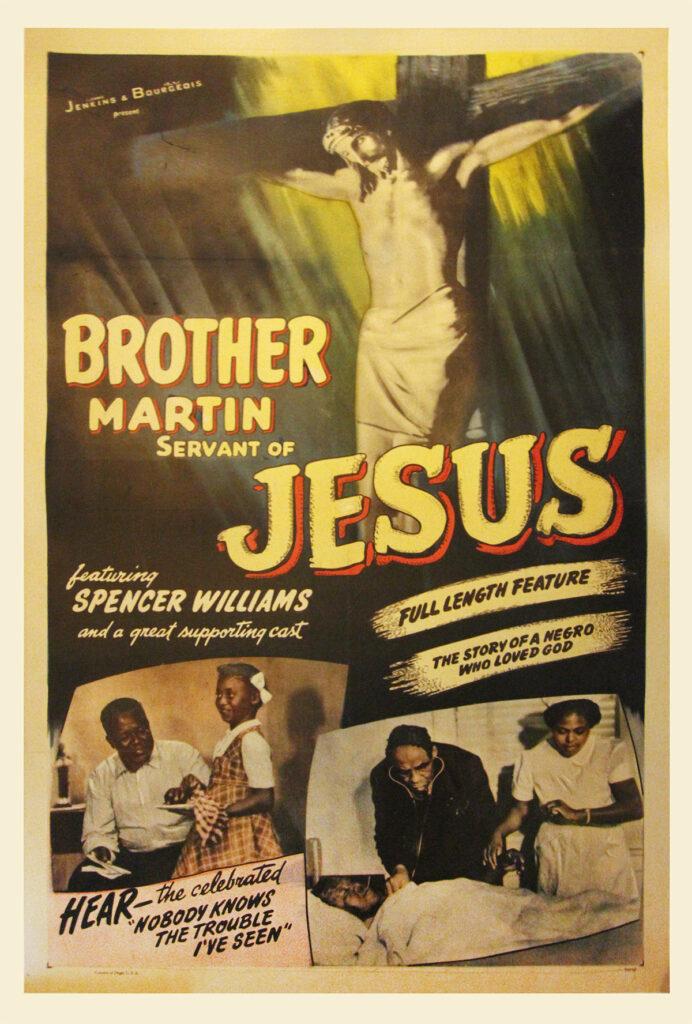 “Brother Martin: Servant of Jesus (1942) is a race film written and directed by Spencer Williams. The film was produced in Tulsa, Oklahoma, on the grounds of St. Monica Catholic Church. It featured an all-black cast and was produced exclusively for exhibition in U.S. cinemas serving African American communities. It was among a number of religious-themed feature films created by Williams during the 1940s, who also wrote and directed The Blood of Jesus (1941) and Go Down, Death! (1944).

“No archive or private collection is known to have a print of Brother Martin: Servant of Jesus, and it is now believed to be a lost film.” (Wikipedia)