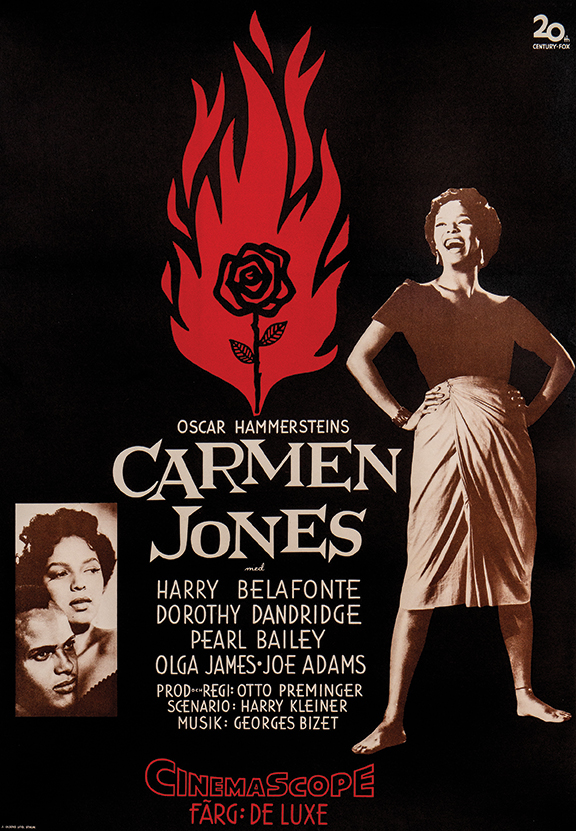 This Swedish poster, with a design entirely different from its U.S. equivalent, has a large image of her, hands on hips and broadly smiling, alongside designer Saul Bass’ image of the flaming red rose (which occurs in the film’s credits).