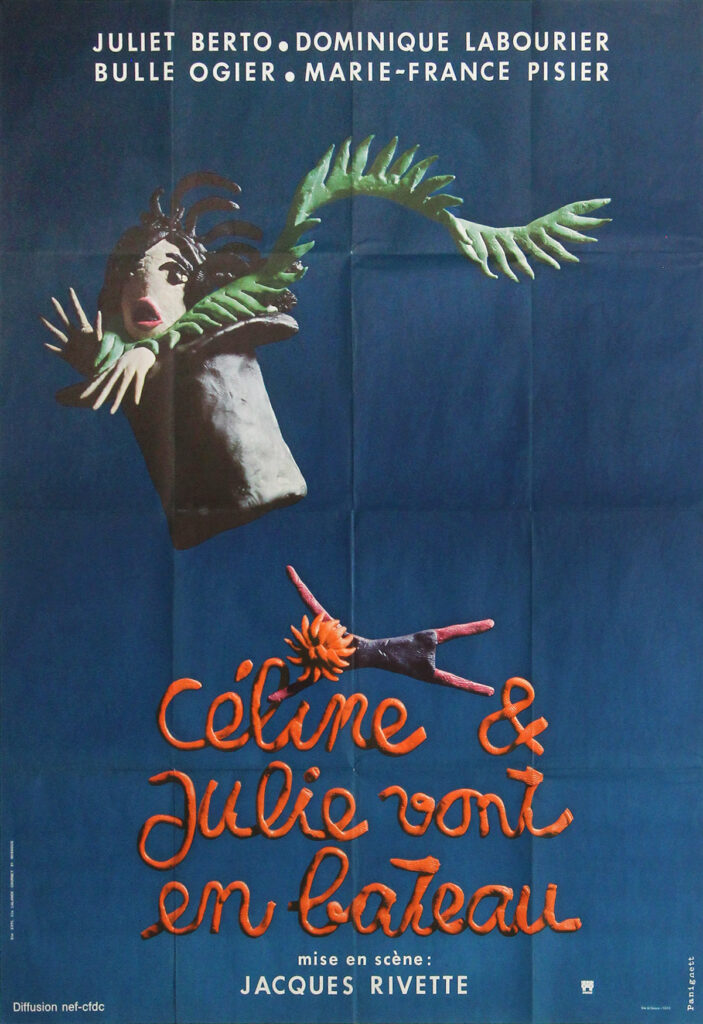 “Magic is one of the themes of the film. Céline, the stage magician, does her magic tricks in a nightclub performance. Magic seems to come too from Julie’s Tarot card readings. Finally, ‘real’ magic comes from the design of a potion, which enables both women to enter the house and take charge of the narrative.

“At the start, the two women are leading relatively conventional lives, each having jobs (Julie, a librarian, is more conservative and sensible than Céline, a stage magician, with her bohemian lifestyle). As the film develops, Céline and Julie separate from the world by leaving their jobs, moving in together, and gradually becoming obsessed with the mysterious and magical events in the old house.

“In one scene, according to critic Irina Janakievska, Julie is playing Tarot cards, with one of the cards interpreted as signifying that Julie’s future is behind her—exactly when we see Céline, wearing a disguise, observing Julie from one of the library desks. As Céline draws an outline of her hand in one of the books, Julie echoes that as she plays with a red ink pad.

“Another noticeable aspect of the film is its use of puns. For instance, the title of the film, Céline et Julie vont en bateau, has other meanings from that of taking a boat ride: ‘aller en bateau’ also means ‘to get caught up in a story that someone is telling you,’ or, in English, getting taken up in a ‘shaggy dog story'”. (Wikipedia).