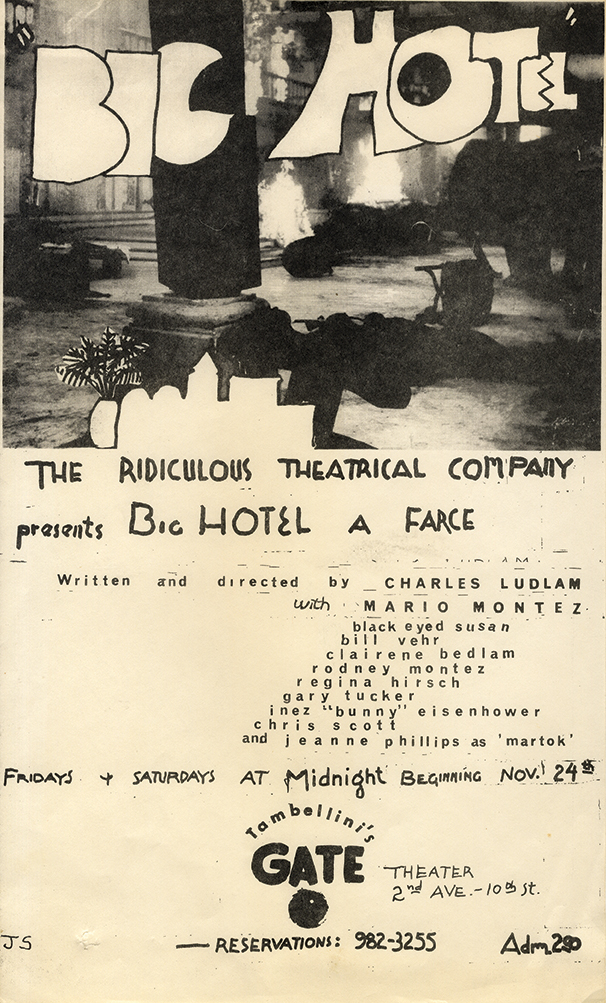 Charles Ludlam’s first play, a comic melodrama about the residents of a large hotel. It was originally presented in an East Side loft and directed by John Vaccaro, who later had a falling out with Ludlam. This poster is for a 1968 revival, this time directed by Ludlam, which was at the very beginning of his creation of his Ridiculous Theatrical Company. The initials “JS” at the bottom left are thought to be those of designer Jack Smith.