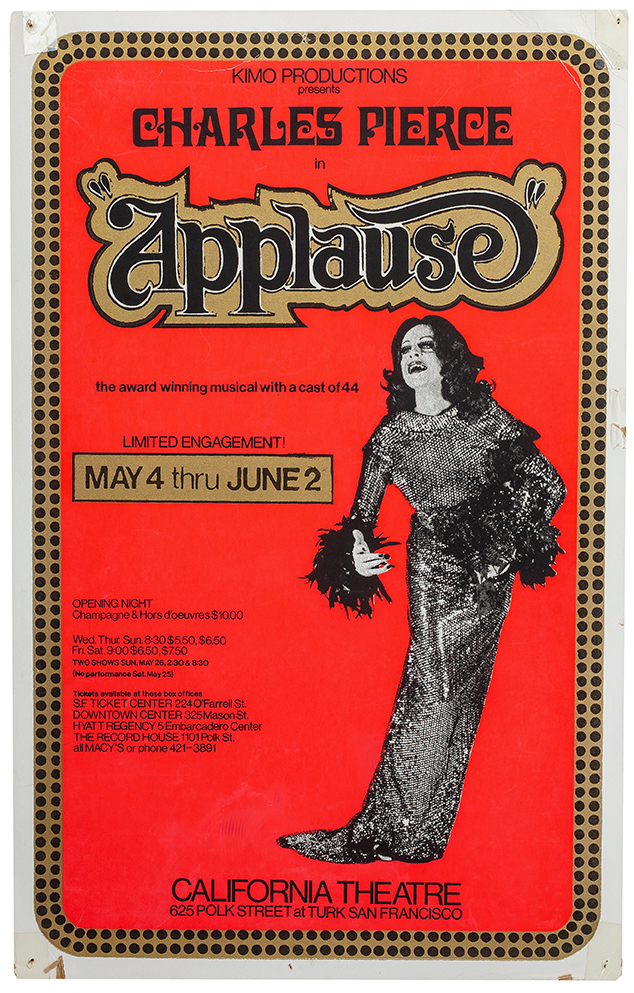 Charles Pierce starred as Margo Channing in this musical staging based on ALL ABOUT EVE. Pierce made a strong impression in this part and was considered by many as one of the best of the many performers who took on this role. Pierce may have been the most famous American drag performer of his generation (he was famous for his Bette Davis, although it is said that when Davis attended a Pierce act in which he did her, she claimed to be unimpressed).