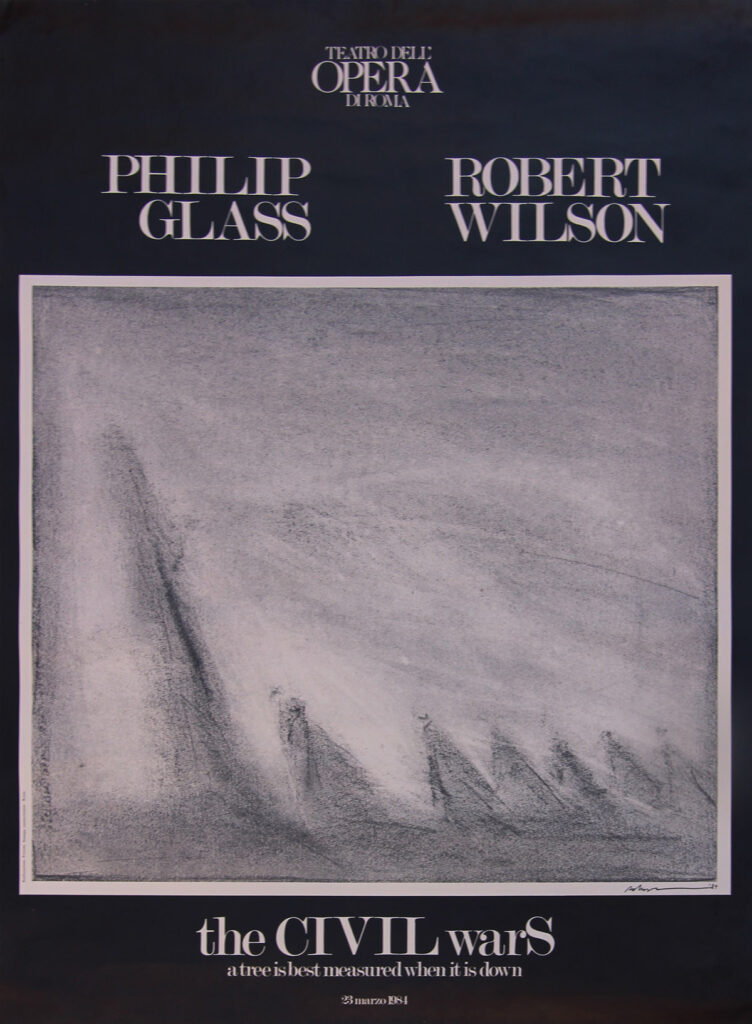 CIVIL WARS, THE: A TREE IS BEST MEASURED WHEN IT IS DOWN | ROME (1984) Theatre poster

Poster for the “Rome” movement of the 1984 opera directed by Robert Wilson with music by Philip Glass, David Byrne, Gavin Bryars and others, as performed at the Teatro dell’Opera di Roma in March of 1984.

This poster is for the “Rome” movement, with music composed by Philip Glass. During the piece, the Earth Mother and a Snow Owl join Abraham Lincoln in a prayer for peace. It then includes appearances from Giuseppe Garibaldi, Hopi dancers, Robert E. Lee, Seneca the Younger and Mary Todd Lincoln. Glass composed the music late in the process, after Wilson had already completed a silent staging of the opera.