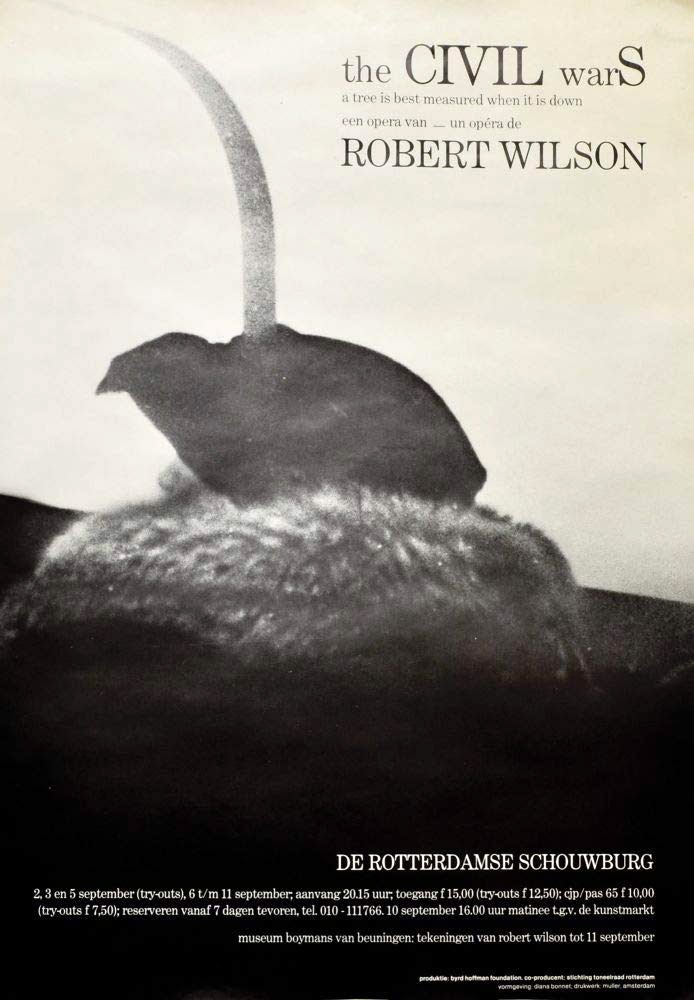 CIVIL WARS, THE: A TREE IS BEST MEASURED WHEN IT IS DOWN | ROTTERDAM (1983) Theatre poster

Original poster for the premiere of the “Rotterdam” movement of the 1984 opera directed by Robert Wilson with music by Philip Glass, David Byrne, Gavin Bryars and others, as performed in Rotterdam on September 11, 1983.

This poster is for the “Rotterdam” movement, which was intended to mimic the look of Dutch landscapes and which included appearances by characters like Mata Hari, Queen Wilhelmina and William the Silent.