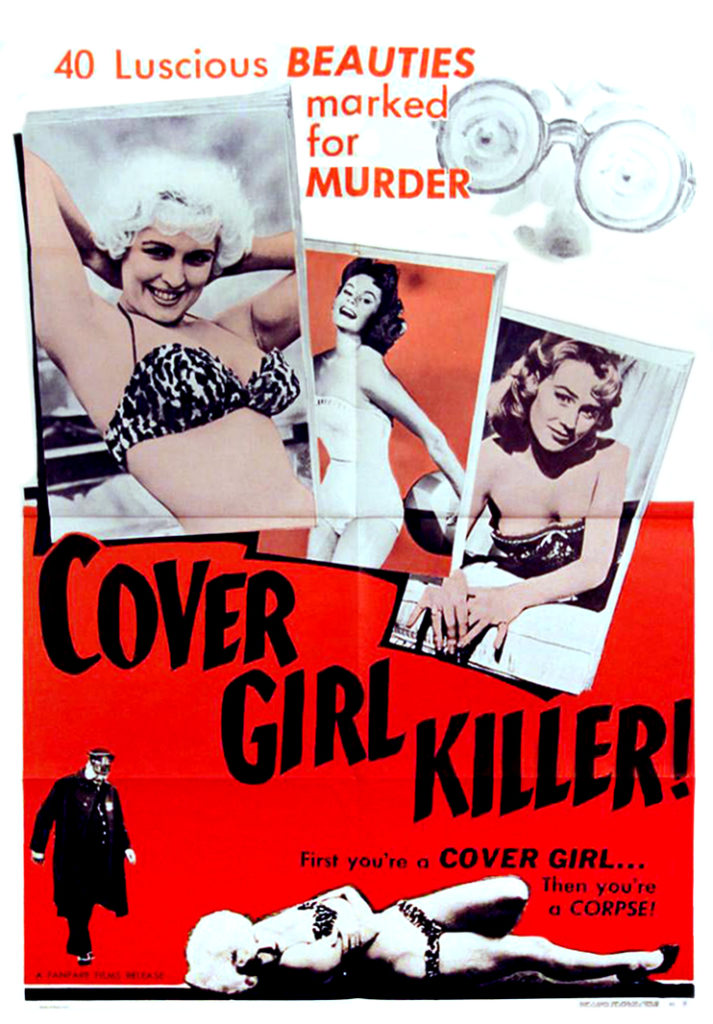 American poster (dated 1960) for this UK-made exploitation crime thriller. The poster’s by-line really says all that needs to be said about the film. It is the story of bikini wearing pin-ups who end up dead in the exact same poses that they are featured in on the cover of Wow! magazine. A madman IS on the loose! A cult film of this genre.