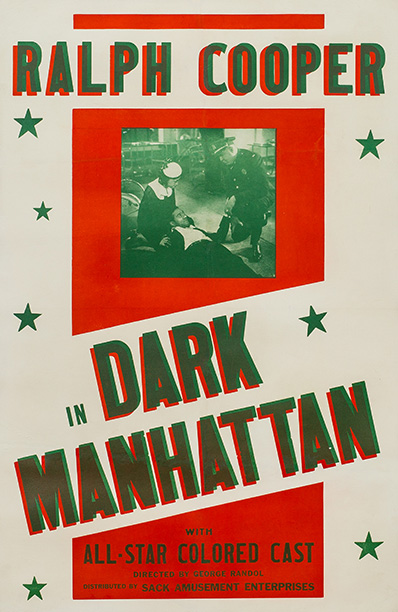 Movie about a small-time gangster scheming to take control of the Harlem numbers racket. In 1937, African American actors Ralph Cooper and George Randol formed the company of Randol-Cooper Productions, for which this was their first movie. Some books refer to it as the first Black cast film with a contemporary and urban crime theme. That may be open to question. But there is no question that the film was an enormous success with urban Black audiences in 1937. The company went on to produce three more features, and then disbanded after 1939, apparently due to difficulties in securing additional funding.

This poster is genuinely rare. The OCLC records no known copies, and there is no listing of it in any book on African American film posters.

On linen, various tears along old foldlines and at blank edges have been carefully conserved, very good- on linen.