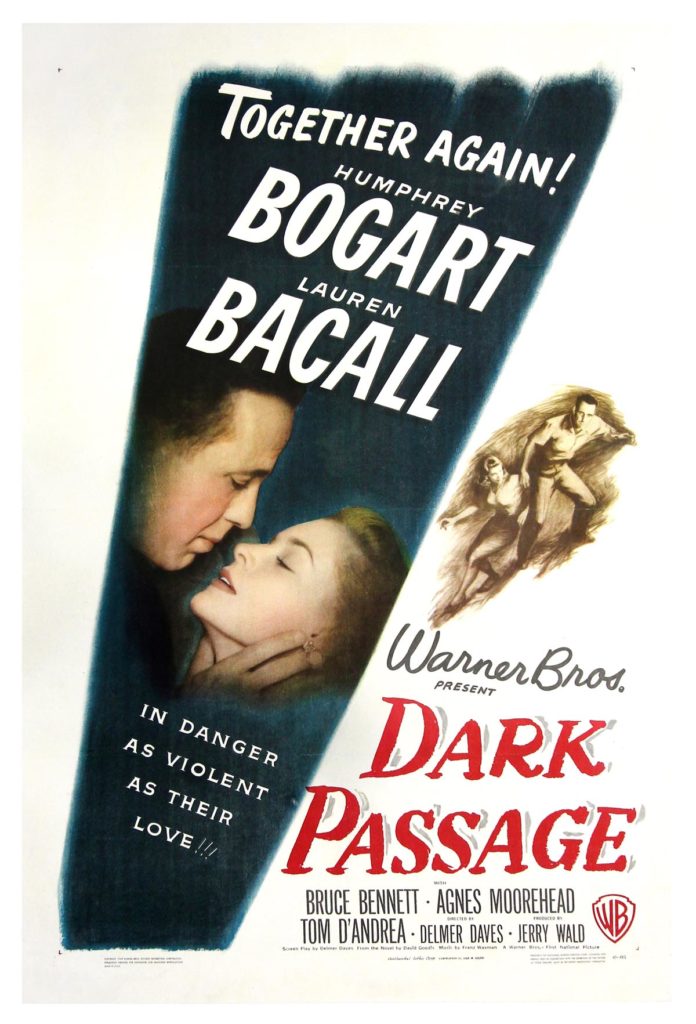 A much darker journey into the film noir realm for Bogart and Bacall than their early, wildly successful THE BIG SLEEP, this time from a lurid David Goodis novel of a man (Bogart) wrongly convicted of the murder of his wife, rescued by a concerned courtroom spectator (Bacall) and who must change his notorious face through backdoor plastic surgery in order to find the real killer. One of the truly great films of this now-revered genre, as well as one of the best period films set in and depicting San Francisco.

Bogart hid his face from the camera for more than half of the film, something which did not please Warner Brothers head Jack Warner! The film fell off at the box office as it was released right at the time that the Bogarts received negative press because of their support for the Committee for the First Amendment during the heated House Un-American Activities Committee hearings.

Beautiful, rich color, rare on this poster which has been mounted on linen.